called her to Shirdi.

A lady named Chhotubai residing in Bombay was sleeping in her house one night. She had a strange dream which is as follows.

In the dream Sai Baba appeared, He said, ‘I have came for you from far off place and now you do My worship’. Chhotubai bowed to Sai Baba in the dream only. He placed Haldi (Turmeric Powder) and Kumkum on Sai Baba’s legs, placed a garland around Sai Baba’s neck and then again bowed to the Lotus Feet of Sai Baba. But she could not get the exact meaning of that dream.

After some days, she happened to meet Nanasaheb Chandorkar. Nanasaheb said, ‘The meaning of the dream is that you should prepare Sai Baba’s paduka, consecrate it by Sai Baba and do worship regularly’. Chhotubai had a opportunity to go to Shirdi after few days. She got prepared silver padukas and took them with her. When she reached Shirdi, Sai Baba was sitted in Dwarkamai by keeping one of his legs upside. When Chhotubai wanted to worship Sai Baba’s, He kept his leg down on ground and said in sweet words, ‘Now keep the padukas brought by you on My legs and finish your worship’.

Chhotubai at once put forward the padukas brought by her on Sai Baba’s Holy Feet and did worship deeply from her heart. After that Sai Baba took both the padukas in His hands and looking at Nanasaheb Chandorkar said, ‘Look Nana, this lady is cutting My legs and taking away with her.’ Sai Baba returned the padukas to the lady thus consecrated by His Holy hands. Like in the Tetra Yug, Lord Ram gave freedom to Ahalya who was studded in a stone, in the same way Chhotubai’s eyes got freedom by the darshan of Sai Baba.

Anyone who gets the shelter of Sai Baba’s Holy Feet, he gets happiness of this world. The Holy Feet on which saints mind get engrossed, how we simple rustic people can ever say a word on it. 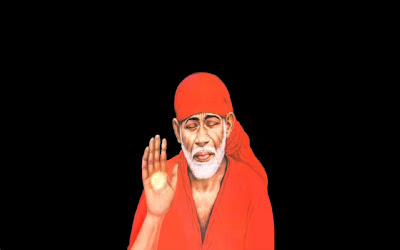 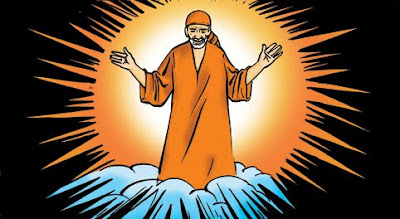