Gopalrao Maharaj had got Brahma Gyan from his birth only. So many disciples and followers were behind him. In the beginning Gopalrao Maharaj could spend much time with them, but due to the disciple boy, now it was not possible to give much time others. The people could not get the company of Gopalrao Maharaj now. This was due to that boy only. Naturally a feeling of hatred arouse in the hearts of all these men. When this matter came to the notice of Gopalrao Maharaj, he at once took the boy to the fort which was repaired and was now owned by him.

Some people joined their hands and thus searched the guru and disciple. After searching many places, the team found them at night one day. At that time Gopalrao Maharaj was sleeping beside the boy. The boy was also asleep. Thinking to be a good opportunity, they hit the boy’s head with a big stone (it is said that it was a brick and the same brick was then placed in Baba’s Samadhi). But by mistake Gopalrao Maharaj got hurt by the stone. Due to deep wound, the blood started flowing. To prevent the blood from flowing further, the boy then tied a cloth to Gopalrao Maharaj’s head. After some time the blood stopped flowing.

In no time the boy understood who had thrown the stone on his guru’s head and why. But the boy did not like the fact that his guru suffered because of him, “The people don’t want that I should live with Gopalrao Maharaj”. He thought, “In future also, people will trouble my guru and so I should live my guru at once”. 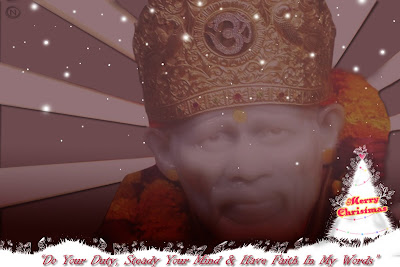