Chidambar Keshavrao Gadgil was devotee of Sai Baba. He was a government official. He was a secretary of town’s collector. Afterwards he became Mamlatdar of

Sinnar. Sinnar was near to Shirdi and thus he had opportunity of getting Baba’s darshan now and then.

After some days, he was transferred to a far town and had to join immediately. So he started off without meeting Sai Baba. The very thought that he could not get darshan of Sai Baba settled in his mind and thus troubled him. But how could merciful Sai Baba forget him. See His greatness. With heavy heart, he sat in train from Kopergaon. When the train started, suddenly a packet of paper came from the window. On opening the packet it was found that it contained Udi. This Udi he kept with him safely.

After some months, Shri Gadgil again had the opportunity of Sai Baba’s darshan. Sai Baba asked him directly, ‘You could not come, so I sent you Udi, did you receive it or not?’ Gadgil was in tears after hearing Sai Baba’s words. He preserved Udi in Taviz and he had Udi till the end of his life.

In Shirdi village, if anyone was to die, Baba used to go to the borders of the village and blew a conch shell (a conch shell is blown before prayers are stared to make the atmosphere pure as per Hindu tradition). So the villagers cam to know that someone would die the next day. 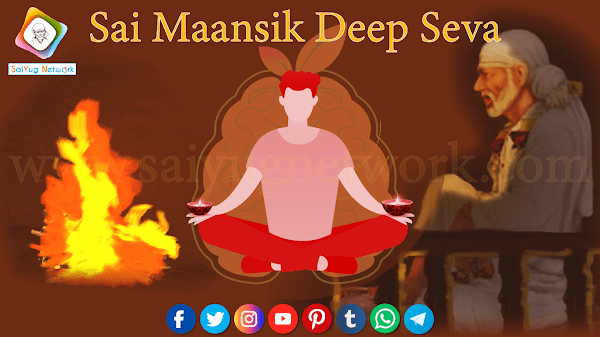