These days I have been away from translating stories of Sai Sarovar. The reason is that I was busy in drafting the experiences of devotees and the last whole week I had posted various experiences. Still some of them are pending but I thought I must post something from Sai Sarovar and here is one.

A girl named Malanbai lived in Degaon in Satara village. Her father Shri Damodar Rangnath Joshi died many years ago. Thus mother and daughter lived alone. Malanbai had slight fever and it was not noticed for many days. This resulted in tuberculosis (T.B.). She tried many medicines but there was no improvement. At last she resorted to Sai Baba’s Udi but it did not show any result. Malanbai then requested her mother to take her to Shirdi. She added that Sai Baba’s darshan consists of every medicine and thus she should be taken to Shirdi. Malanbai was very weak and the question was who would take her to Shirdi. The mother and daughter lived alone so Malanbai’s aunty (her mother’s sister) and her son Vasudev (her aunty’s son) accompanied them to Shirdi.

As soon as Sai Baba saw Malanbai He became angry. His eyes turned red and started abusing. Like Shri Krishna blew counch shell in Mahabharat to destroy sins on the earth, in the same way Sai Baba became angry for the welfare of His devotees. After some time He calmed down and said, Dont give her anything except water, take her in Kaka’s Wada and keep her only on one blanket. Hearing Sai Baba’s words all the four devotees forgot who they were, where they were and started doing Namaskar again and again.

As per the order of Sai Baba fruits were not given to Malanbai only water was provided. She was given only a blanket at night for sleeping. But the situation worsened and Malanbai became weaker and weaker day by day. Her mother and aunty doubted that the tree would fall on them under which they came for shelter.

It was February 14, 1912 morning. Sai Baba was sleeping in Chavadi. In the early morning devotees gathered and did Kakad Arti. But Sai Baba did not open His eyes. Even morning Arti in other temples of Shirdi were completed still Baba was asleep. Now sun began to rise but Sai Baba did not open His eyes. The one who is always awake, the one who wakes up the whole world, the one who is responsible for various lives of the world, the one who creator and destroyer of the world, that Sai Baba was still sleeping that day. All the villagers were surprised and unhappy to see this. From the day when Sai Baba came to Shirdi till that day nobody had seen Sai Baba in such a sound sleep. But that day Kakad Arti and other Arti were completed still Sai Baba was asleep made them to think for a while.

After writing this the author of Sai Sarovar admits a point here which has to be highlighted here…..He wrote today is Sunday 12/6/77 while writing this story it was late night and so I went to sleep. At 2’o clock in the night Sai Baba appeared and Himself told me the remaining part of the story. After finishing His story Sai Baba disappeared and I sat to complete this story before I forget, but could not recall a single word. Still the author has completed it as it was known to him.

Meanwhile there came a sound of crying from Dixit Wada. Malanbai’s mother and aunty were crying near the dead body of Malanbai and her cousin had gone to fetch four to five men. In the Chavadi Sai Baba opened His eyes. He was in angry mood. He took His Satka and started revolving in three directions i.e. east, north and south. After that He did not go to Dwarkamai instead He started running while revolving Satka and reached to Dixit Wada where Malanbai was. Suddenly Malanbai started breathing and she came back to life again. But she seemed to be frightened. She told her mother that a black man came to take me with him. I shouted O Baba Save Me O Baba Save Me and Baba immediately bet that black man with a stick in His hand. He saved from that black man’s hand and then He took me to Chavadi which is built with black stones.

As Malanbai was not well she had been to Dwarkamai only once while she was Shirdi and did not see anything else. But when she came to senses she described Chavadi so well. The way of acting of the saints is beyond the thinking of ignorant humans like us, so we only have to listen their leelas, keep them in our heart and just relish!!! 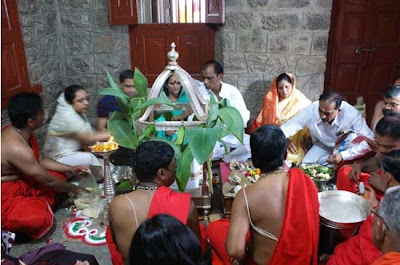 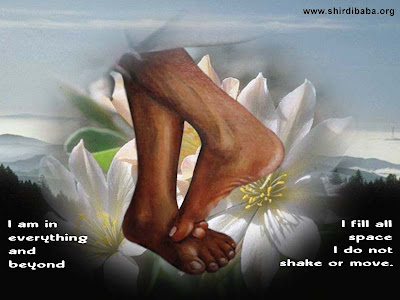 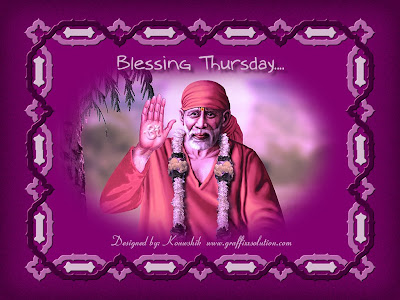