Sai Baba is Antaryami (inner ruler of hearts), He knew all thoughts of His devotees before hand. Nothing was beyond Him or concealed from Him in the past, present and future. His awareness exceeded the bounds of our thinking. Each Leela produced the same conviction that he was all-knowing, all-seeing and able to mould all things to His will. This power has been experienced by many devotees now and before, only one has to surrender to Him with a pure, loving heart and His all-pervasive and protective personality would shield you and take care. Thus when Baba’s presence is felt in one’s heart, there is no room for doubts, fears, questions. This message is conveyed from the following story.

It was mentioned in last post that Kakasaheb Dixit had made Shirdi more or less his home. After the death of his loving daughter Vatsali in 1911, Kakasaheb Dixit isolated himself from worldly attachments. He decided to live on whatever he could earn with grace of Almighty. He brought all his wealth to Shirdi and placed it at Lotus Feet of Baba. Sai Baba knew that Kakasaheb will need money in future so He said, “O Keep the money with you only. It will be useful in your old age”.

Kakasaheb said, “Your blessings are with me. I do not need this money.” Kakasaheb emptied the bag of money before Baba even though He refused.

Baba did not keep even a single penny with Him and donated all the money generously among other devotees present in Dwarkamai.

Famous judge of Mumbai Shri Garade was also present in Dwarkamai at this occasion. He was surprised at this deed of Kakasaheb.

Kakasaheb did not mind Baba’s not accepting his gift and distributing it among the devotees. He wore the same smile on his face which was always present. Kakasaheb said to Baba while pressing His legs, “Baba this world is full of pits and falls, please have mercy on me and give me permission to sacrifice this Sansar.”

Baba answered, “Kaka! You have only one Sansar. I have many but still I don’t think to leave any of them. Then why do you want to leave your one and only one Sansar? So stick to whatever you have and that will do you good in future”.

It was in the year 1918, when Baba took Mahasamadhi. At the time Kakasaheb’s age was about 54 years. He abdicated all his wealth at Holy Feet of Baba. He generously used left over money for charity. He was always engrossed in Sai Naam Jaap. Days passed by like this and Kakasaheb was pressed under debt of Rs. 30,000. Only millionaires took such considerable debts at that time. Kakasaheb was tensed about repayment of the debt. His condition grew from bad to worse as the date of repayment was nearing. Kakasaheb had not taken even a single penny from anyone as his life and now he had to hear abuses from creditors for money. He could not bear the burden of worry and debt. He was feeling morose, dejected and helpless. He started losing hope for help from all directions.

Kakasaheb had to repay a big amount of debt and only six days were left. He was pennyless and expected that those six days should never end. He thought for some or the other way all the day and night. On one such night, he was thinking and went to sleep unknowingly. He had following strange dream :

The same creditor came to recover his money from Kakasaheb Dixit. Kakasaheb Dixit answered, “Right now six days are remaining to repay the debt. You need not worry; I will repay full debt in time. I am not an ordinary man. I am popular among many famous personalities like Chimanlal Setalwad and have maintained good relations with all of them. So there is no reason to worry. Now you go and come after six days”.

Thus the dream ended. Kakasaheb woke up. Placing his hand on head in dismay, Kakasaheb realized his mistake what he did in dream. He thought, “I have surrendered myself to Baba in all respects. Baba’s treasury is ever full like Kuber’s treasury or even more than that, then how can I ask help and support from an ordinary person like Chimanlal Setalvaad?” He started shedding tears in front of Baba’s picture. He begged for forgiveness to Baba mentally saying and praying, “Baba there is no one else in my heart and mind other than You. You only are my Maai-Baap (parents). My words are not untrue and without meaning. Baba, You are Antaryami (knower of inner thoughts). You can judge Yourself Baba that I am not speaking untruth. Baba, You cannot leave me any day, I fold my hands before You, please forgive me as I showed my dependency on that Chimanlal Setalwad in dream. Please forgive me Baba…”

Days passed by and the day of repayment of loan was nearing. Only one day was left and Kakasaheb sat in his office thinking and trying to find some solution and way to come out of this problem. A young lad turned up. His complexion was fair and he had bright eyes. His name was Chandravadan Nanavati. He gave introduction to Kakasaheb that he was son of Shri Nanavati and Kakasaheb loved him very much when he was a kid. Also he asked the reason for Kakasaheb’s worry and morose condition. He added, “Uncle, I have come here for special work and I wish to invest some amount of money lying idle with me through you. I am very well aware of your relations with my father. Now a days money cannot be given for investment to any unfamiliar person. I am here because I trust you fully.”

Kakasaheb said, “O, son, these days I am very worried. You make arrangement for investment elsewhere. I have many debts to repay and I don’t have enough money, so if your money is used by me in wrong way, how will I show you my face?”

Chandravadan said, “Uncle why do you say so? There is no difference between you and my father in my opinion. If my money proves useful to you in your tough times, I will be more than happy. You can use my money as per your wish.” Thus saying he kept Rs. 30,000 on the table and went away.

Thus Kakasaheb repaid his debt well in time and was saved from any misery with the grace of Baba. Baba as a loving father arranged everything in time. So those who surrender themselves completely to Baba, all their problems and calamities are taken care of by Baba. 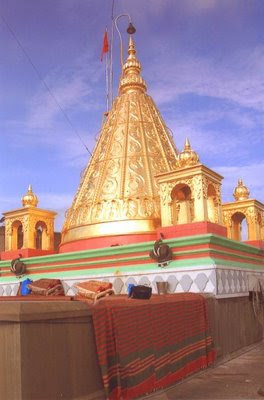 Meeting of Kakasaheb with Sai Baba 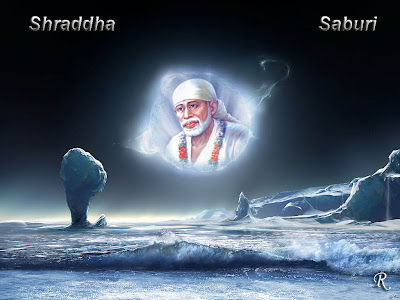