There was detailed post about Telugu Film on Sai Baba ‘Jagadguru Shri Shirdi Sai Baba’ before few days. Now this post gives some details regarding post shoot plans and few stills from the movie.

‘Jagathguru Sri Shirdi Sai Baba’ enacted and produced by BV Reddy on SRR Creations banner is a Telugu movie made to inculcate the morals and teachings of Sai Baba to the younger generation. The entire shooting schedule has been completed for this film directed by Ramakrishna.

Lastly, the crew canned some of the scenes in an outdoor schedule which completed the last leg of production. For picturizing shots in eye captivating locales, two of the schedules were reeled in the beautiful hilly regions near Yaganti in Karnool district. We made a promise on the launch date that the movie will be the best of our work and made it true now, said producer BV Reddy.

Post production work has begun as of part of which editing is now in progress. The audio launch dates will be announced soon. 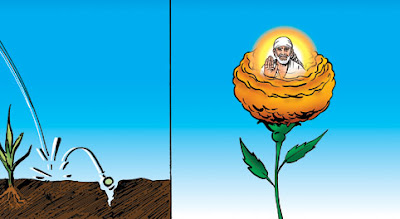 Doors of ‘Dwaaraavati’ are open for all Sai Devotees