MUMBAI: The Shirdi makeover plan has hit a roadblock as the implementing agency, Maharashtra State Road Development Corporation (MSRDC), has not been given enough funds.

The money cleared by the government is just about enough for land acquisition and some minor road projects, a senior MSRDC official has said. The project will cost Rs 112 crore but the MSRDC has got only around Rs 28 crore.

The projects are to be funded from Shirdi Sansthan funds. But the law and judiciary department, which controls the funds, has raised objections saying the sansthan is a charitable organisation that cannot give money for infrastructure projects.

Shirdi Sansthan chairman Jayant Sasane admitted that there were some problems but the work would be completed by December.

A senior MSRDC official said nearly Rs 24 crore would be spent to acquire land for road widening, gardens, skywalks and other projects. “The funds were insufficient but they wanted us to start work. We insisted that the government must clear funds for a few projects as Congress and NCP ministers wanted to show that they had undertaken Shirdi’s makeover. To start the project, we are taking up two road widening projects.”

The MSRDC is planning to make money from the commercial utilisation of five plots where they have planned malls. It is also planning a multi-layer car park and a 6-km skywalk around the temple.Cafetarias and waiting halls will also be built. The gardens will have amusement park-type facilities and joyrides for children.

The MSRDC will widen around 25 km of road in and around the city. 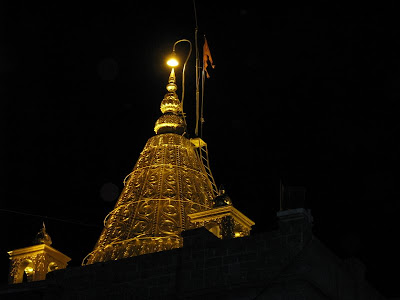