Nanasaheb Chandorkar went to Baba. After doing Pranipat (salutation), he placed Badam (almond) and Khadi Sakar (sugar candy) as Prasad. Baba immediately distributed it amongst the people who were present. Nanasaheb was curious to know the reason for Baba’s calling him and asked, “Baba, why did You call me?” Baba replied, “Are, there are many Nanas in the world. When I called you specifically, there must be a reason for it. Isn’t it?”

Nansaheb was forthright in speaking. He said, “Then, tell me the reason !” Baba replied, “Are, we have relations spanning over four births. You do not know this; but I am aware of it. Therefore, I have been repeatedly calling you! Whenever you have time, do make it a post to come.”

Ok. I will come.” Nanasaheb bowed before Baba and departed. Even after seeing the miracle of Annapoorna Siddhi, Nansaheb had not developed faith in Baba.

A few days after the above incident, there was an onset of epidemic of plague of Nagar district. The government had introduced a vaccine to counter the illness. But, in those days, people thought that taking the injection was akin to inviting the disease. No one eas willing to come forward. Therefore, the collector asked Nanasaheb to set an example before the masses and take the injection himself. But, Nansaheb’s thinking was no different than the others. He was reluctant tot take the vaccine.

Ultimately, he decided to seek Baba’s advice. He requested the collector to grant him a week’s leave to take decision about the injection and set himself on the path to Shirdi. He posed his dilemma before Baba. Baba replied very casually, “There is nothing to it. Don’t be scared. Take the injection. It will not harm you.”

After the incident concerning inoculation, Nanasaheb realized that Baba had a different kind of aura around Him. Therefore, Nanasaheb’s faith in Baba became more steadfast. He started feeling that he should go more frequently to take Baba’s Darshan. He intensely desired that he should incessantly have thoughts about Baba. But, his office and family matters allowed him little time for anything else. And he was sad.

Once, he was sitting near Baba and Baba gave him an excellent way of overcoming the problem. Baba said, “You want that you should have my thoughts through out the day – Isn’t it ? Then try to see me in the smallest of the things.” Nanasaheb failed to get the point.

Then Baba clarified, “Are, when you see a vegetable, think that it is my creation. This way see me in each and everything that comes before you.” How simple was the remedy suggested by Baba !

Once, Baba posed a question to Nana, “Which is one of the Shadripu (six vices of human nature) is easier to conquer ?” Nanasaheb replied, “Very difficult to answer that question.” Baba said, “It is jealousy ! It means not being able to digest the progress of others. It is very easy to win over jealousy. Because, by being jealous, we neither gain nor lose. A person earns wealth and well-being because of his good deeds. Therefore, if someone prospers, it is due to his good deeds and what do we lose ? And so, one must win over the bad quality of being jealous.”

Nanasaheb prostrated before Baba and agreed, “From today, I will try not to be jealous.” 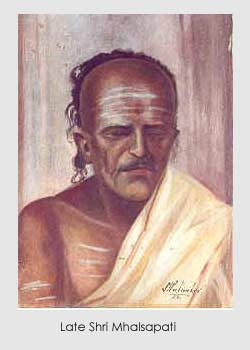 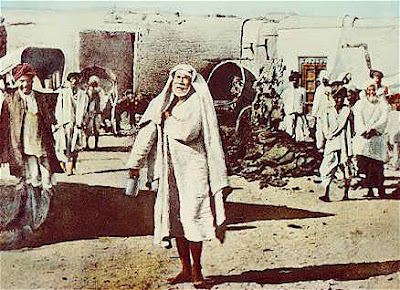