In last few posts we have been reading stories about Sai Baba and ChhotuBai. Here is one more.

ChhotuBai’s family was prosperous in all aspects. Her first son Babu used to be sick often. To help ChhotuBai in her household chores, a Brahmin servant from Andhra Pradesh named Shivappa was appointed. He was staunch devotee of Lord Dattatreya.

Once it so happened that Babu had high fever. Everyone in the house was tensed. Since members of Pradhan family were devotees of Sai Baba and had firm faith that Babu will be alright with His grace, Shivappa thought these people are unnecessarily running after this Fakir of Shirdi (Shirdiwale Fakir).

His mind was full of doubts for Baba. He thought again that they were Hindus, followers of Vedic religion, worshippers of Lord Dattatreya. So if a Fakir’s photograph is worshiped in a house, then it will surely attract misfortune.

Same night Baba appeared in Shivappa’s dream. Baba stood under the staircase of Moreshwar Pradhan’s house, having a stick in his hand and a glowing face with rage, said, “I am Owner of this house. Who are you to interfere in our relations ?”

Next day Babu’s health was in most serious condition. Shivappa went near Babu’s bed and took a vow in his mind,” If Babu ask for milk in next five minutes and is hail and hearty till tomorrow, I will accept the truth that Sai Baba is Himself Lord Dattatreya and also will go to Shirdi, bow to Him and offer 125 rupees.”

After 5 minutes, Babu turned around and asked for milk. Than he drank milk and next day morning he was on his legs playing merrily. From that day Shivappa became an ardent devotee of Baba, went to Shirdi, fulfilled his vow. After this incident he used to go to Shirdi for Baba’s Darshan off and on. 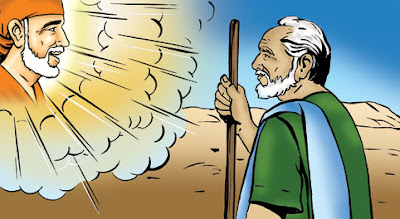 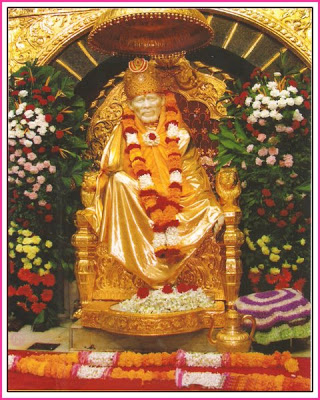