Has not this title confused you and left you thinking for a while. Well, to be honest, this was an instant precise moral of the topic which i am going to cover in this post. Instances has been referred in Shri Sai Satcharitra when Sai Baba was seen red in anger and devotees being frightened by such behaviour. But there is some peculiarity about Baba’s anger.

Lord Shri Rama has been named as ‘Jeet-Krodh’ meaning ‘The One Who has controlled Anger’. Shri Rama seemed as live embers when He was angry at the time of war and Ravan was in front of Him. As and when Ravan got defeated in the war, Shri Rama used to calm and said to His warriors, “You all return to your dwellings. Come back tomorrow for war”.

Thus Lord Rama has been rightly named thus and it is clear that Lord Rama was capable of getting angry as circumstances needed and cooled down as the requirement ended. Similarly Baba was seen being angry all of a sudden, which puzzled His devotees most of the time. This was one of the reasons that many people of Shirdi considered Him as a Mad Fakir. At one time, when Prof. G. Narke saw Baba in anger and abusing others, concluded mentally that Baba is mad. Thenafter when Narke went and bowed to Baba, Baba said, “Narke, I am not a Mad man”. By this incident it is clear that Baba, even in the state of anger, was fully aware of feelings and thoughts arising in His devotees’ mind. Even in such a state, Baba ended His devotees’ pains and sorrows. Thus He can also be called ‘Jeet-Krodh’.

Saints’ acts are beyond intellect and logical thinking. They perform extraordinary acts which surprises and confuses a normal person possessing a restricted vision. Thus such extraordinary acts of Saints become miracles for common man and they are normal course of dealings for saints. Our Baba is also of same kind and it was difficult to understand His words and acts.

One instance can be seen here: Once Shama was bitten by a poisonous snake. His little finger of the hand was stung and the poison began to spread into the body. The pain was also severe and Shama thought that he would pass off soon. His friends wanted to take him to the God Vithoba, where such cases were often sent, but Shama ran to the Masjid — to His Vithoba (Sai Baba). When Sai Baba saw him, He began to scold and abuse. He got enraged and said – “Oh vile Bhaturdya (Priest) do not climb up. Beware if you do so” and then roared – “Go, Get away, Come down.” Seeing Sai Baba thus red with wrath, Shama was greatly puzzled and disappointed. He thought that the Masjid was his home and Sai Baba his sole Refuge, but if he was driven away like this, where should he go? He lost all hope of life and kept silent. After a time Sai Baba became normal and calm when Shama went up and sat near. Then Sai Baba said to him – “Don’t be afraid, don’t care a jot, the Merciful Fakir will save you, go and sit quiet at home, don’t go out, believe in Me and remain fearless and have no anxiety”. Then he was sent home. Immediately afterwards, Sai Baba sent Tatya Patil and Kakasaheb Dixit to him with instructions to the effect, that he should eat what he liked, should move in the home, but should never lie down and sleep. Needless to say that these instructions were acted upon and Shama got all-right in a short time. The only thing to be remembered in this connection is this – the words of Sai Baba (or the five syllabled Mantra, viz, `Go, Get away, Come down’) were not addressed to Shama – as it apparently looked – but they were a direct order to the snake and its poison not to go up and circulate through Shama’s body. Like others well-versed in Mantrashastra, He had not to use any incantation, charged rice or water etc. His words only were most efficacious in saving the life of Shama. Thus Baba by His words saturated with wrath and anger, asked the snake’s poison not to affect His pet devotee Shama and saved his life.

Mr.B.V.Dev who was Mamlatdar of Dahanu (Thana District) wished for a long time to read Jnaneshwari – (the well-known Marathi commentary on the Bhagawad-Gita by Jnaneshwar), along with other scriptures. He could read daily one chapter of the Bhagawad-Gita, and some portion of other books; but when he took Jnaneshwari in hand, some difficulties cropped up and he was precluded from reading it. With this aim in mind, when Mr. Dev went to Shirdi, Baba got angry and charged him for stealing His rages with all sorts of abuses. After cooling down, Baba gave him a direct order to read Jnaneshwari and tackled all the obstructions. Now, apparently, we cannot relate this incident of Baba’s anger, His direct order and reading the sacred work. But as said earlier some difficulties cropped up as soon as the book was taken in hand to read. Baba’s anger was to those difficulties and invisible cruel powers which were refraining Mr. Dev to satisfy his earnest desire to read. All those invisible cruelties could not withstand Baba’s anger and returned back leading Mr.Dev to read the book.

A similar incident took place with Mr. Gadge Bua too. He was engaged in the construction and building up a large Dharmashala (lodge) in Nashik. For this purpose, lakhs of rupees were needed and the same was collected through subscriptions. But after sometime, difficulties were faced to collect money. Bua went to Baba with a prayer to end up those difficulties and invisible cruel powers. Baba, as usual, got angry and abused him. Instead of being scared or frightened, Bua started laughing on experiencing Baba’s anger. Seeing this, Baba also started laughing with Bua. Then, Gadge Bua returned. Baba had ended all the difficulties and negative powers with His anger and soon the money started pouring again smoothly and the pre-determined task was accomplished.

Baba when came to Shirdi as young Fakir and roamed about in forests, was seen abusing and speaking words in anger there. Even sometimes He laughed loudly and gestured in all the four directions in strange ways. Thus, it can be concluded that Baba had the power to destroy the invisible cruel and negative powers from beginning only and this continued even after He was surrounded by His devotees and never neglected His duties assigned to Him and for which He was sent in flesh and body on the earth. 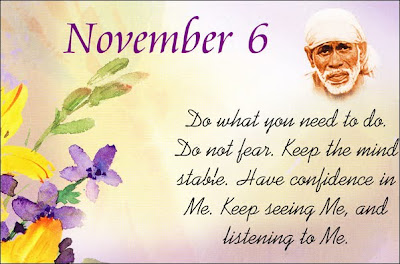 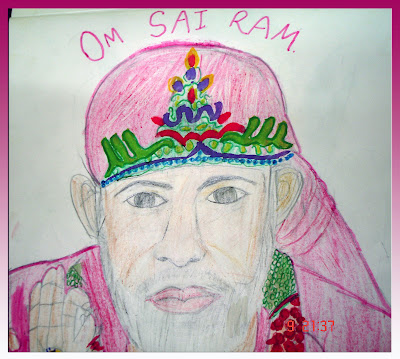 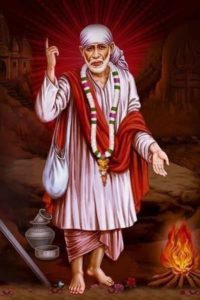