We had decided to disclose rules and registration process for Naam Jaap but Lord Baba had something else in mind. Just as when a child his born we think about his names or when we start a new business we always search for some unique name. However this basic thing did not stuck our mind as we were concentrating more on inspirations behind it. To be frank we had missed it. But when Lord Baba is there, how can He miss detailing this important aspect. So here is the “Naming Ceremony” of this Spiritual Venture and see how Lord Baba unfolds every card at just nick of time

Sri Krishna has said in Gita that “He who remembers Me in his last moments, comes verily to Me and he that meditates otherwise at that time goes to what he looks for.”

So in short, “The last wish or thought that a man has at the hour of death, determines his future course.” But can we be certain that we can entertain a particular good thought only at our last moment? Infact, for more often than not, we are more likely to be frightened and terrified by many causes. Hence constant practice is necessary for enabling us to fix our mind on any desired good thought at any or the last moment. So always Baba emphasised chanting God’s name and loved Naamsaptah that was conducted by Radhakrishnamai and other devotees of Shirdi. Baba too Himself had the names Allah and Ram on His lips always. So this has been the inspiration or motive behind our “Anant Akhand Sai Mahajaap” which will go endless(Infinity ∞*365*24*7) without a stop even for a second, starting from coming Mahashivraatri 13th Feb, 2018 (Tuesday) across the globe.

Due to so many groups its not possible to see all messages and go through each of them. But as per my soul sister’s guidance Hetal Di, Baba makes us read what He wants us to read and when He wants us to read. So when I read this I was happy but did not understand His upcoming leela. But now when Baba actually made me type This name and guided me with Its meaning and difference as well, I understood His leela.Blessed are we to have Baba as our Guru Who is alive from His Tomb just as He was, when He was in His Finite or Sagun Form.

People have been messaging, calling through various sources to know how to enroll and asking to enroll them by passing on their details on their own accord. Sorry for not picking up the endless calls and to those whose messages got opened up accidentally, have been just answering them as Stay tuned. The reason for this was it’s just not possible to answer each of you all and we want you all to first understand all about it and then enroll. So please go through this post very carefully before you enroll and commit yourself and your soul too about It.

It may happen that during our allotted slot we may be in washroom, still no harm and you have to keep the lamp burning as God is everywhere and anywhere. In Sai Satcharitra ch 10 although I always skip those words reading but Baba is making me type here, Baba says, “I am an insect in your excreta. I consider blessed thereby.” Same thing for ladies during menses you can chant but can’t sit inside the temple and chant. So the simplest sadhana of Kaliyug, Naamjaap having no restrictions. Also as it is said that the best thing of Kaliyug is that as the life span is less as compared to other 3 Yugs (Satyug, Dwapar Yug, Treta Yug) whatever worship or chanting we do, it’s fruit would be multifolds and God would be easily pleased and bless us unlike other Yugs where people did penance for thousands of years with so much of hardships to please God. So apart from your allotted day’s slot it would be good although not compulsory, if you can chant at other times also as it has no restrictions and thus practice to attain the ultimate goal. When you keep practising you will slowly realise that unconsciously also you would be humming the name, doing the various worldly activities and later even after attaining Moksh as well as we know that the soul never dies our soul too shall and may keep chanting the ‘One’ name be it Ram, Krishna, Allah, Isa or Sai!

So let us all the children of Sai leave all cleverness and chant just Sai…the simplest and easiest sadhana! 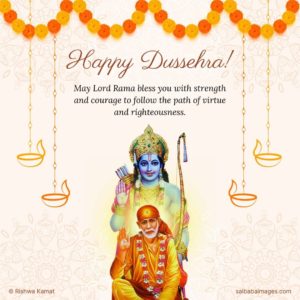 How To Celebrate Dusshera – MahaSamadhi Day of Sai Baba 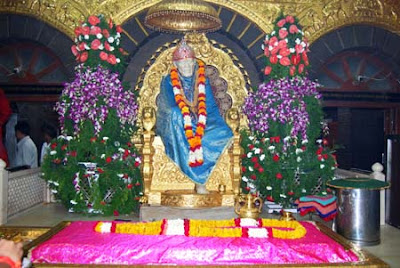 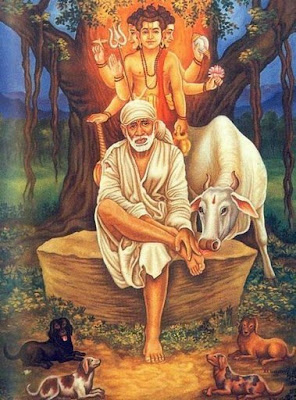