So, dear devotee readers, now you have know how Lord Sai Baba gave orders to Sai Sister Rakhi for “Naam Jaap”. Somehow things fell in place, but there was a way more to go. Let’s proceed to another devotee, Sai Sister Manju who takes forward contemplation of thought of Naam Jaap 24 x 7 and also on global level just as burning torch.

I am Manju Hiremath from Bangalore. My father was a Sai devotee way before I was born. As a result, we grew up in an atmosphere of immense love & devotion for Baba right from our childhood. I thank my father for introducing us to Him and assuring us that Baba is forever there amongst us. It was a routine for us to apply UDI after bath everyday and devote our heart & mind to Sai’s worship. Sai’s miracles have played out at every step of my life.

SaiNaam Jaap group was created with the idea of chanting Sai’s name continuously for 24 hours every Thursday and during Naam Saptaah i.e. a week’s chanting before RamNavami, GuruPoornima & VijayDashmi all of which are festivals celebrated with pomp & fervor in Shirdi. The idea for doing this was put in my mind by none other than Baba himself. It started as Whatsapp group in 2016 comprising some of my friends and relatives where we used to do written Jaap of Sai’s name. However, typing came with its own technical challenges and was becoming unsystematic & cumbersome. One day realizing it wasn’t serving the desired purpose, I deleted the group inspite of protests and requests from others. However, the desire to do the Jaap was burning intensely in my heart and finally an idea occurred to me that instead of writing, we can ask participants to do the Jaap in their mind and that too during pre-assigned slots. It was something new for us and I was nervous about the execution. Most importantly, I had to convince people to participate. I proposed the idea to one of the Sai devotee groups (started by my sister Ashwini on GuruPoornima day in 2014 after Sai came to her in a dream and asked her to do this).

However, I was nervous and had doubts about the execution & success of the plan. Now with Sai’s blessings, I have the good fortune of staying in a house right next to a Sai temple in one of Bengaluru’s prime localities. I routinely attend 2 aartis at this temple. On the same that night I was in doubts, this is what I dreamt –

“I enter the same temple mentioned above to find a large crowd inside chanting Baba’s name. I look at the idol to find Baba smiling at me & asking me to look at all the people chanting in unison. Some in the crowd were known faces and many unknown. All looking straight at me and chanting. After my worship was done, while returning home I again encounter people on the way looking at me and chanting OmSaiRam“. I still remember each and every person’s face whom I came across in that dream looking at me chanting OmSaiRam with Jaap Maala in hand.

I woke up in the morning and realised it was a hint from Baba to go ahead with Naam Jaap & Saptaah as has been discussed in the Sai Satcharitra. I put forth the idea to all fellow devotees in Sairam Saishyam Group and Saidarbar group started by my friend Neha who helped me. In no time, all slots during the day had been allotted as per IST. Now the challenge was to get midnight slots filled. Help came in the form of a dear devotee Rakhi Balwani whom I had met in BMP Parayana group. She quickly got her contacts in US to take up the 12.00 a.m. to 4.30 a.m. slots as per IST. In this way, with Baba’s blessings the first Jaap group came into existence on 30th November’17. Also, I had planned to start Jaap in January’18 but managed to initiate the first Jaap on the first Thursday of December’17. The first month was supposed to be a trial run since all of us were new to the concept. First Jaap went smoothly. However, the second Jaap saw some slots missing out on their chanting due to various reasons. This disturbed me a lot since it wasn’t acceptable that the Jaap chain should be broken just because one or two participants miss out. Again Sai came in my dream and asked me to create one more Jaap group. This meant that if the chain gets broken in one group, then the other group will compensate for the same by taking up the vacant slots. So came into existence the second Jaap group where my dear friend RajyalakshmiJi helped fill the midnight slots. And by the third week of December’17, the third Jaap group was formed with help from another dear Sai devotee -Nitin Ji.

Now there are three Jaap groups running smoothly every Thursday. Thank you BABA.

Thank you Anmol & Meghna for creating the beautiful logos and images.

Thank you Anmol & Malathi for helping with supervising the groups.

Thank you to all those who have come forward to share the miracles that happened in their lives after successful completion of each Jaap. After second group I dreamt again there will be many groups on naam Jaap. And definitely Sai will do it. 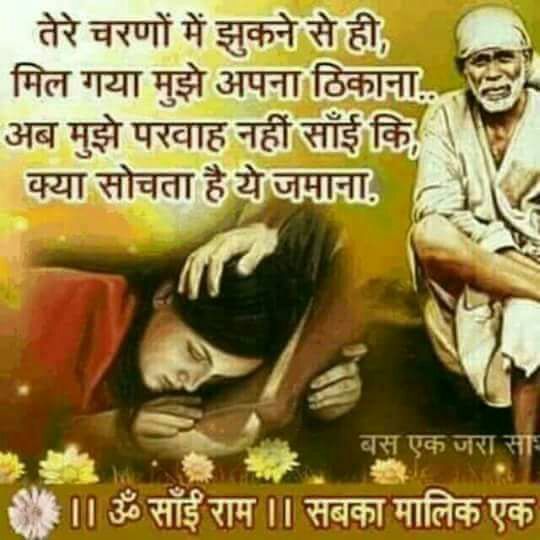 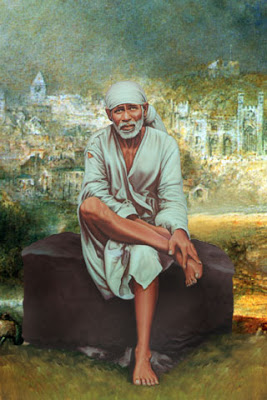 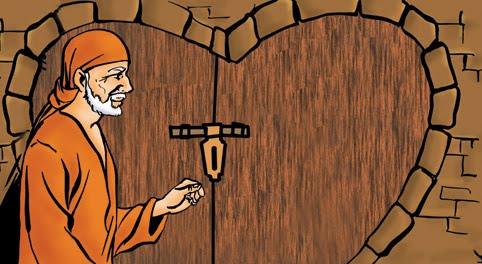