िन्दी में पढ़े: राधाकृष्ण माई का प्रारंभिक जीवन
Sundari Bai Kshirsagar, one of the early and prominent devotees of Sai Baba was born in the year 1882 and got married at the age of 17 in the year 1899. Fate turned and her husband died on the eighth day of their wedding. The emotional turmoil due to the death of her husband turned Sundari Bai towards spirituality. She reached the land of Shirdi and got the name “RadhaKrishna Maai” from Sai Baba as she had a nine-inch tall brass idol of Radha Krishna and used to sing Bhajans.

The following has been quoted in Shri Sai Satcharitra:

Woman and wealth are the two main obstacles in the way of our Paramartha (spiritual life) and Baba had provided in Shirdi two institutions, viz. Dakshina and Radhakrishnamai for, whenever they came to Him, He demanded Dakshina from them and asked them to go to the ‘SCHOOL’ (Radhakrishnamai’s house). If they stood these two tests well, i.e. if they showed that, they were free from attachment for woman and wealth, their progress in spirituality was rapid and assured by Baba’s grace and blessings.

Sundari Bai was the daughter of Shakuntala Bai Kshirsagar, unfortunately, no reference about her father is available. When she attained the age of 17, she was married to the son of Dahithankar family who hailed in Thane district. As per the tradition, she was brought back to her parents’ place the next day of the marriage. Before she left for her in-laws home, her husband died. Thus before she starts her life, it was ruined and she was left all alone. She was emotionally broken and her world had shattered to the core.

She was educated in Ahmednagar. She was well versed in Sanskrit and music giving her a tint of knowledge and celibacy. She was much interested in Jnaneshwari Geeta and Abhangs by Tukaram. However, all this was not helpful to her to come out of the grief of her husband’s death. She lost her balance and control. Instead of healing, her wounds took to worse turn. Her relatives decided to send her to her maternal uncle Vishwanath Deshpande’s house for a change in the environment. She used to read Jnaneshwari Geeta and other religious scriptures the whole day isolating herself in a room. She had memorized Abhangs of Saint Tukaram in such a way that she could interlink any situation and start singing bhajan after composing it on the spot. Many times she got engrossed in singing and playing Ektara. It resulted in losing her balance and she will start shouting, “If you had to leave alone so soon, then why did you marry me at all. I wont marry anyone else now.” In this way, she will keep calling her husband back losing all senses. In this way, she spent about three years wailing about her husband’s death.

There comes a moment in everyone’s life when his/her life takes a complete turn and adds meaning to life. That moment leads to a divine path and the same happened with Sundari Bai one night in the year 1902 when she started from her maternal uncle’s house never to return. She was devoted by heart and a strong desire to attain mortification arouse in her. She proceeded towards the Himalayas and took “Ayaachak” vrat which meant not to ask anything from anyone, not to touch currencies, not to possess or store anything, etc. She didn’t bother about food, if she got anything she would eat, if not then also she did not care. She ate mud, leaves, and droppings of animals. If someone buys a ticket, she traveled on the train, otherwise, she will walk distances. She did not care about the villages, open fields, forests, hills, valleys, rivers, etc. She only knew to move forward. She roamed like this for the next five years and visited Chaar Dhaams, inclusive of many other pilgrimages. This travel allowed her to meet hundreds of saints and Mahatmas. She also acquired many Siddhis and finally at the age of 25, in the year 1907, she came to the refuge of Sai Baba in Shirdi.

Vinny Maa has shared a very interesting video about RadhaKrishna Maai’s life, which is shared below. Please feel free to share this post with your friends and family and also subcribe to the youtube channels (links provided at the end of the post) 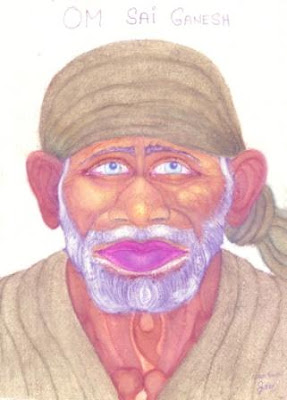 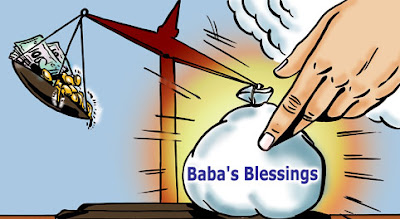 Sai Baba used Bade Baba as a Medium of Instruction