Introduction To Abdul Baba – A Great Devotee Of Sai Baba

Introduction: The Diary Of Abdul Baba – Sayings Of Sai Baba

Details: SaiBaba ManuScript – The Diary of Haji Abdul Baba
Continuing the topic from last post about how Baba inspired Sai Sevak Rohit ji and me to write about Haji Abdul Baba and how Baba motivated to find gems of His teachings from the SaiBaba Manuscript (Haji Abdul Baba’s diary) and also interpret its translation from the book “Shirdi Sai Baba in the Light of Sufism”.

As i had already mentioned in last post that I had this book for many years, but never got the opportunity to read it and how i am now blessed to read it. Rohit ji has only two chapters of the book (Chapter-10 and Chapter-11 which are available online) which covers translation of Haji Abdul Baba’s diary. When i was asked to refer Chapter 11 of the book by him, i started with chapter 9 as guided by Baba. I asked Rohit ji that actually Chapter-9 is the best to start from the book “Shirdi Sai Baba in the Light of Sufism” because it explains the fundamentals of Sufism which are very critical to understand Sai Baba words to Abdul Baba in Chapter-11. I devoted many hours to understand these teachings and now sharing them for the benefit of devotees in the series of posts on this blessed blog. I would also advice here that if any devotees who already has the book, please start with Chapter-9 of the book. We will also be covering some of the basics of Sufism from Chapter-9 before we share the commentary on SaiBaba’s manuscript as per the direction of Baba.

To understand the teachings of Sai Baba, Sufism and appreciate the greatness of Haji Abdul Baba, one needs to be advanced enough on the spiritual path where the person has control on the senses and there are no desires left except serving the lotus feet of the Spiritual Master (Murshid). It is one of the toughest exams on this path. Thus, invoking the blessings of Baba to lead us.

Teachings of Sufism is focused on enabling one to progress on the path of God-realization.

Popular Sufi tradition enumerates seven major stations (stages) on the spiritual path to realize God. At each of these seven stages, 10,000 veils are said to be lifted (the dark ones first and then the bright). So in total there are 70,000 veils. To attain God realization and have deedar (darshan) of Allah, these have to be unveiled through spiritual practices. The progressive development of spiritual practices leading to the transformation of the self to enable reaching the ultimate goal of self-realization is called Sufi Tariqat and this path of self realization is called Ma’rifat in Sufism.

Maqamat is the stages or stations used to mark the progress that each individual Sufi aspirant had attained on the mystical path. These stages constitute the various ascetic and ethical disciplines. A station is attained when the associated qualities have become stable and permanent in the mental consciousness of the spiritual aspirant. Passing through each station for each aspirant is a unique experience with certain feelings or emotional dispositions.

At the final stage, the soul stripped of all sensual and material qualities stands face to face with the Absolute Being.

The first Sufi pir to enumerate the way-stations through which the soul progresses to union with God, was Shaqiq al-Balkhi around the end of the eighth century. He listed four stations – asceticism, fear, longing and love. Later, more stations were added by successive Sufi pirs.

The seven stations of Sufi Tariqat will be covered more in detail in future posts.

Sai Baba said to Haji Abdul Baba, “He who has not seen the pathway to Allah remains blind in the world – then he wanders like a blind man among people. He is not able to see God.”

Sai Baba explained further quoting Maulana Rumi, “Maulana Rumi says, only a person who has tasted misry (sugar) or those whose tongue has the power to taste sweetness, will know the quality of sweetness. Those who have not tasted or who have lost their power of taste, will not know. To him there will be no difference between wax and honey! Similarly, who do not have a taste for ifran (spiritual knowledge) how would they know the eminence of the awaliya, appreciate their hierarchy, or recognize those born as Paigambars or Great Divines? To him these people will appear just like himself, but in fact there is as much distinction between earth and sky as between himself and the saints and prophets.”

These words show Sai Baba command on classical Sufi tariqat with its structured path of maqamat.

Qualities Required In A Devotee To Attain Brahma-Jnana (Self Realization)

Many pages of the diary covers the content which has similarity with Chapter 16-17 of Shri Sai Satcharita where Sai Baba explained what all are the qualities required in a devotee to attain Brahma-Jnana (Self Realization). Sai Baba explained Haji Abdul Baba that

Religious emotion in full is purely spiritual. It is not material. One will see the world as material or relatively real until one has a vision of God. Paravardigar! The material world is unreal. The man is not the body. Prana (life force, soul) is the real form of man. The body is impermanent. It requires great effort (tapas) to walk on the path of righteousness. When a person practices riayat (tapas), ma’rifa (divine insight) will automatically come.

Before one proceeds on the path of spirituality, one must discipline the mind.

This body is the kingdom of the heart. The heart is created for the realization of God. Self Realization is a man’s true task. The buddhi (intellect) is wazir (chief-minister) of the Emperor, the mind. Wazir (Intellect) has to ensure that it is always vigilant and fails the attempts of enemies (six vices – anger, greed, jealousy etc) to save the kingdom.

Different organs (body, hands, feet) are given to man with the intention that he should enrich this word and repay the debt of God by becoming a true devotee and serving the world and Allah.

If one is able to truly discriminate, then wisdom, knowledge, caring for the welfare of others, learning, ability, good conduct, perseverance etc good qualities will arise in that person.

Four Gems and Their Enemies: A man has four gems – Ilm (Knowledge), Aql (Intelligence), Sabr (Patience), Iman (Faith in God). The enemy of knowledge is pride. The enemy of intelligence is anger. The enemy of patience is greed. The enemy of Faith in God is untruth. Man should strive to win over these enemies using intellect and practicing tapas for self-realization.

Observance of severe austerity is a prerequisite for attaining higher levels of Spirituality. One has to get rid of desires of “Kirti, Kamini, Kanchan” (Fame, Lust, Wealth).

With the guidance and direction of Sai Baba, we are expecting to share the commentary of SaiBaba Manuscaript in the next post. Stay tuned with us to witness Baba’s plan unfolding:) 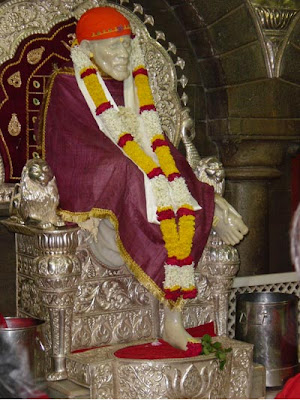 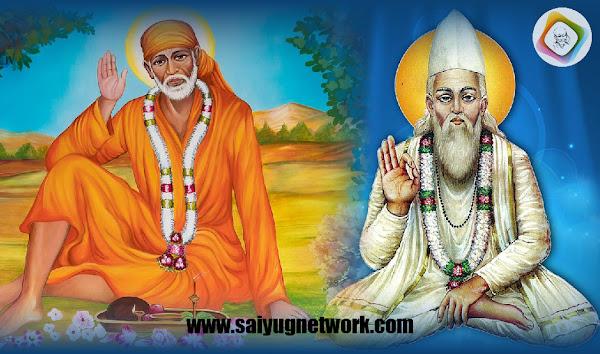 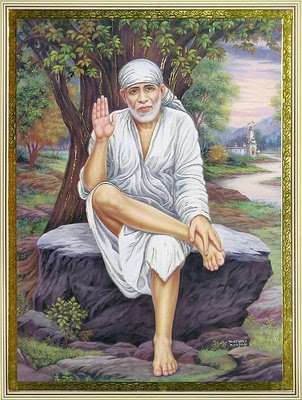 Produre and Story of Sai Vrat in Hindi