Mokshada Ekadashi Day is on December 14. The name of this Ekadashi itself signifies that worshiping the Lord on this day helps one to get liberation. On the same day other significant events happened Shri Sadguru Manik Prabhu Maharaj is regarded as an fourth incarnation of Lord Dattatreya.
Shri Prabhu was a philosopher par excellence and a great thinker who lived and breathed his philosophy of SAKALAMATA SIDDHANT – the gospel of love, humanity, and oneness that firmly rests on the Upanishadic principles of ‘ekam sadvipra bahudha vadanti‘, while teaching it to others.

He is hailed as ‘Bhaktakarya Kalpadruma’. Stories of his miracles and eyewitness accounts, which bear testimony to the manner in which he brought succour to the distressed and the sorrowing, to the afflicted and the wronged, who, ardently and with deep faith sought his spiritual intervention are available. Shri Prabhu’s teaching, basically, lays stress on the path of Bhakti.

Shri Saibaba of Shirdi, Shri Akkalkot Swami Maharaj, and Shri Gondavalekar Maharaj were Shri Prabhu’s contemporaries and they interacted with him on matters of deep spiritual wisdom.

The institution founded by Shri Prabhu in the year 1845 for the propagation of his teachings is today known as Shri Manik Prabhu Samsthan which is located in Manik Nagar, Karnataka.

Maniknagar is a little village comprising a hamlet and a temple complex, the nucleus of which is the main temple of Shri Manik Prabhu’s Samadhi. It is located on the outskirts of Humnabad, a taluka town in the Bidar district of Karnataka. Maniknagar is situated on the slopes of high ground near the holy confluence of two little rivulets Guru-Ganga and Viraja.

Place: Ladwanti , near the town of Kalyan in the erstwhile state of Hyderabad (currently Ladwanti is in Karnataka State, its closer to 3 big cities Bidar, Gulbarga and BasavaKalyan) (Maps Location).

Day: Lord Dattatreya Jayanti day on Margashirsha Purnima (per English calendar it was Dec 22nd in 1817)

Age: 47 years at time of MahaSamadhi

Full detailed meaning of each word of the mahamantra is explained in Chapter 9 of the Parayan Granth (biography of Shri Manik Prabhu Maharaj in English by Shri Nagesh D. Sonde – English edition). Details are given in the following section.

Hindi readers can try to get the following Holy Charita written in Hindi by ordering from the bookstore of Maha Samasthanam.
https://store.manikprabhu.org/product/shri-manik-prabhu-charitra-hindi/

Story Of Birth And Early Life

(Based on content from Shri Prabhu’s Charitra – Hindi & English edition)

Shri Prabhu’s mother Shri BayaDevi Maharani and father Shri Manohar Naik Maharaj ji both were very pious couple who were fully devoted to God. Their elder son’s name was Shri Hanumant Rao who only started speaking after the thread ceremony. Shri BayaDevi Maharani had a strong desire that she get a son who becomes world famous. She had done great penance for fulfillment of this wish.

After Shri Manik Prabhu’s birth, the couple got another son in 1827 with the name of Shri Narsimha.

We would also like to mention one of the divine leela of Shri Prabhu from childhood. In the course of play Shri Manik Prabhu would occasionally, casually disclose his divinity. Once, when one of his playmates, Govinda, failed to turn up for play for a couple of days, Shri Manik Prabhu went to his house to enquire after him. Arriving there Lord heard the sound of wailing from within the house. Shri Prabhu was informed that Govinda had passed away after suffering from fever for a few days. Shri Prabhu told Govinda’s mother to stop grieving as her son was alive. Sure enough, when Govinda’s mother called out to him to go out and play with Shri Manik Prabhu, he arose as if out of a deep slumber. All present were overjoyed and amazed at this occurrence. This and such other occurrences caused Shri Manik Prabhu’s fame to spread far and wide.

(Based on content from Shri Prabhu’s Charitra – English edition)

When Shri Prabhu realised that the time had come for him to shed his mortal coil and merge in the Infinite, Shri Prabhu seriously considered the future course to be laid down for the mission to continue, which was as important as the manner in which Lord would discard the gross body. As Shri Prabhu was reluctant to disclose the time of His own departure to all, He took only three or four persons into confidence, those who understood the significance of his Avatar (incarnation). The news was kept in utmost confidence and all the required work was carried on with a smile on the face but with remorse in the heart. He advised them, “You think that once I take Samadhi everything will end and I will no longer be available to you. What you will miss is the sight of my Gross body, but mySelf, the spirit within, will ever remain with you to guide you without your realizing that fact. There will not be any breach in your spiritual path. Remember that decay and destruction of the gross body is certain. When every breath has already been numbered and assigned what is the purpose of grieving?” Shri Prabhu consoled them; “It is good that my work here is now coming to an end. You will all be able to carry the mission further by the Energy, which I will be leaving behind. What’s the use of remaining alive in this worthless body when the work is complete?”

One day, a small boil was noticed on Shri Prabhu’s back. He supervised the place where he was to take Samadhi (shedding the mortal coil). The pit was dug in all secrecy and no one in Maniknagar could get even a breath of it. Soon the auspicious month of Margashirsha arrived. People from great distances flocked Manik Nagar to celebrate the annual Shri Datta Jayanti (birth day celebrations of Lord Dattatreya) festivities. Somehow that year was considered auspicious for Muslims also. Consequently, Shri Prabhu’s Muslim devotees also came in thousands.

As time passed, Shri Prabhu’s health was deteriorating steadily. The small boil was getting bigger and more painful. Yet, Shri Prabhu’s face bore no trace of the pain and it was blissful and tranquil as ever. On the tenth day of Margashirsha, Shri Prabhu decided to summon the Durbar, so that people could have his final Darshan. All arrangements were made for Shri Prabhu to sit in as comfortable a position as was possible.

The next day was Ekadashi, the eleventh day of the month. For Hindus it is one of the most auspicious days. It is the day on which, thousands of years ago Shri Krishna delivered the message of Bhagavad Gita to Arjun. This day is observed as Gita Jayanti. This 29th day of the month of November 1865 was the day on which Shri Prabhu had decided to take Samadhi and merge His Self with the Supreme Self.

Before samadhi He called two sons of His brother Narisimha and blessed them and thus the line of succession to the Gadi (spiritual seat) was laid down for all to know. He made the elder one Manohar the successor to Gadi by transferring His Eternal Energy to him. Thus the Guru-Parampara of Shri Manik Prabhu Sampradya was established for all time to come.

Having done this Shri Prabu started walking towards the hut where the pit was dug. With his face glowing with extraordinary spiritual splendour, Shri Prabhu took each step. It was like the space merging within the space leaving no trace whatever. For Shri Prabhu the occasion was joyous for it was like going back to the origin from where He had started. He sat in the pit in Padmasana (lotus posture), forcing His Kundalini to rise and reach the Brahmarandhra. The pit was closed slowly by the close associates, in a mood that was surcharged with spiritual fervour.

The news of Shri Prabhu having taken Samadhi was kept secret till Poornima (full moon day), lest the grieving crowds might vitiate the solemn and serene occasion, in their ignorance of the significance of the event. When they came to the Gadi for Shri Prabhu’s Darshan as usual, before they departed from Maniknagar, they were shocked to hear the news. They rushed to the hut in uncontrollable grief. Close devotees and associates had to pacify the crowd.

Shri Prabhu had assured time and again, His continued presence in Maniknagar. He answers the prayers of all who keep Faith in Him.

Shri Datta Jayanti Mahotsava this year will be held from 14th December to 19th December. All devotees are welcome to participate in the Mahotsava and avail blessings. https://manikprabhu.org/datta-jayanti-2021/

ANNADAAN forms an integral and important part of the Annual Datta Jayanti Mahotsav, wherein thousands of visiting devotees, irrespective of caste, creed, or religion, partake of the bliss of MAHA PRASAD. Please visit for more details if you would like to help/donate: https://store.manikprabhu.org/datta-jayanti-annadaan-2021/

With blessings of Sadguru Sai and Sadguru Manik Prabhu who are one, we conclude today post and encourage devotees to celebrate holy occasion by reading holy text of Shri Sai Satcharita, Shri Guru Charita, SriMadbhagvad Gita and Sri Manik Prabhu Charitra along with Naam Jaap, and doing service(food donation, winter clothes donation) during this auspicious time of the year. 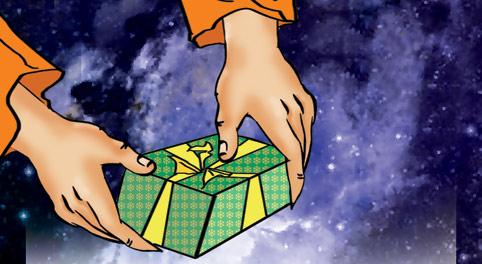 The Final Verdict for Naam Jaap to Sai Devotee Rakhi 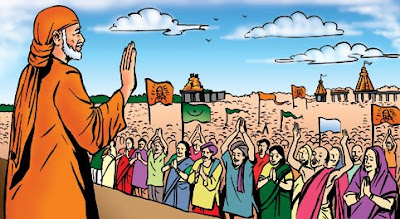 There is no Harm in Eating this Rice – Shirdi Sai Baba 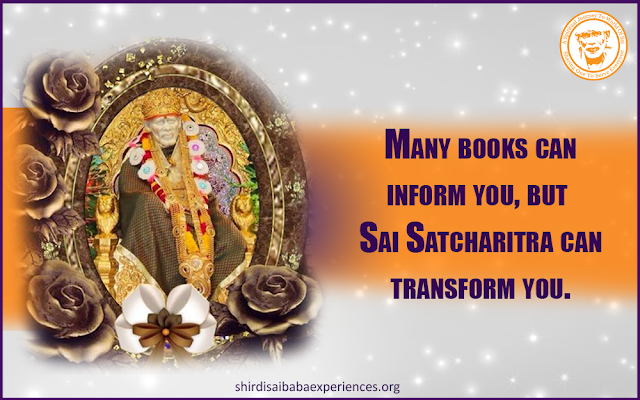 Shri Sai Satcharitra – How To Read And Do Parayan