A young man named Ganesh Gopal lived in Sawantwadi in Thane near Mumbai. He was employed in Khatau Mill where he looked after petty works and got a salary of Rs. 15 per month. His health didn’t keep good, then and there he would be ill and take leave from work. His mother wished that if he was taken to Sai Baba in Shirdi and Baba cast His one loving glance at his son, his disease would get uprooted.

At that time the total expenditure to go to Shirdi from Mumbai came to Rs. 8-10. This limited monthly income allowed the only day-to-day expenses for survival with no savings at the end of the month. So a trip to Shirdi was out of the question.

Our Baba played sports sitting in Shirdi and made arrangements to call His devotees to Shirdi. Ramnavmi fair was held in Shirdi in the year 1911. There was a severe scarcity of water and Baba solved it with His Divine powers. However, to arrive at a permanent solution for the problem of scarcity of water, in the year 1913, it was decided to install a pump near the well in Shirdi, and Ramchandra Tarkhad volunteered the responsibility.

Sathe Wada and Dixit Wada provided free lodging and meals to the visitors. Kakasaheb Dixit looked after food arrangements. Baba had given a fertile farming field to Dadasaheb Kelkar to cultivate grains for free food for the devotees coming to Shirdi. Apart from this, Baba gave him Rs. 5 for daily expenses.

Dada Kelkar took the utmost care to feed all the devotees for free, even then if anyone wished to have food on payment, they could easily go to Balabhau Chandorkar’s hotel and in eight annas they were served dishes made out of pure ghee. The train fare from Dadar, Mumbai to Kopergaon, and the Tonga fare from Kopergaon to Shirdi summed to Rs. 8-10. With Rs. 15 income per month, it was nearly impossible for Ganesh to bear the travel expenses of the Shirdi trip.

Before Ramnavami of that year, Tarkhad got holidays for the Holi festival. So he decided to take two mechanical engineers of Khatau Mill to Shirdi to get the job done. Tarabai also got ready to go to Shirdi. It was her practice to celebrate every Holi festival in Shirdi. Ganesh thought, “I can send prasad and flower garland to Baba through Mr. Tarkhad” and he wished that Baba should accept his love (in the form of garland and prasad) and shower His blessings on him. Those times, the train going to Kopergaon halted at Dadar station which originated from Boribandar station. So he went to Dadar station to meet Tarkhad to hand over the garland and prasad for Baba.

Tarkhad lovingly asked Ganesh, “Oh dear son, will you come to Shirdi with us? If so, then come and join us! I have an extra ticket with me, you do not worry about expenses. Thus years of Ganesh’s yearning to go to Shirdi got fulfilled unexpectedly.

On March 22, 1913, Saturday, the installation of the pump was finished. The next day devotees gathered in Baba’s darbar including Ramchandra and Tarabai Tarkhad along with a few others. Baba asked for Dakshina from Ramachandra Tarkhad. He instantly put his hand in his long coat and took out a currency note of rupees five and placed it in the hands of Baba. The latter returned the note with the instruction, “Preserve it well”.

After some five minutes, Baba cautioned again and said, “Bhau, a lot of thieves will be hovering around you, so preserve the note carefully”. A five rupees note was equivalent to the salary of a month for many people in those times and a family will sustain itself with that meager amount. Ramchandra put the note in the secret pocket on the shoulder of his long coat. He again made sure that the note resided there, intact!

The morning darbar of Baba resigned after the noon arti. Ramchandra went to Dixit Wada for lunch with a few other devotees. He took out his coat and again checked the note. After being sure that it was secured in the pocket, he left the coat on the first floor of the Wada and went for lunch. After lunch when he went to the first floor to check the note, it had disappeared! The devotees and Ramchandra took a lesson from this incident that Baba asked for Dakshina to impart spiritual teaching from a very common incident or He wants His devotees to learn a big principle or to show how important a thing is! 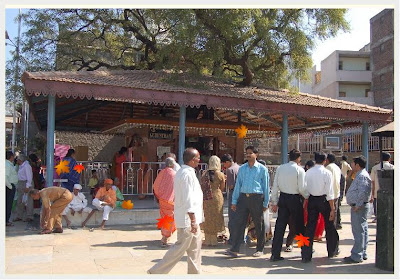 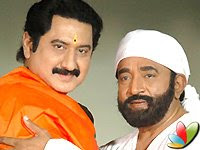