Once Nanasaheb Chandorkar and Dasganu, together, went to see Sai Baba. Baba said, “Nana! You hoard the saintly men, entrust the task of inviting them to Dasganu, you have to take care of all the other responsibilities except that”. Looked like Sai Baba was deciding the fate of Dasganu Maharaj by assigning this task.

Dasganu Maharaj started going from place to place, inviting different saints. Thus he got the company of different saints and Mahatmas. Dasganu Maharaj eventually stopped doing dramas and Tamashas. He started composing and singing bhajans in the praise of God instead of Lavani. Time revealed that Dasganu wrote many scriptures like Bhakt Leelamrut and Sant Leelamrut. Sai Baba’s divine grace thus descended on him.

Once the plague broke out in the Ahmednagar district. The government launched a hygiene campaign to eradicate the disease. But the government officials started looting people’s houses under the pretext of hygiene. On receiving complaints about such thefts, Dasganu was given the charge of the case. He fulfilled his duty in the best possible manner.

The plague-stricken villagers evacuated the villages and fled. When no one even looked around at corpses of their relatives and wandering in the middle of the road, the corpses were carried by Dasganu to the crematorium on his own shoulders and cremated with his own hands. Thus with the service of the saints and the blessings of Sai Baba, he began to take great pleasure in serving the Lord and serving His people.

Sai Baba said to Dasganu one day, “O Ganu, God has given you the wisdom to write. When you sit down to write, don’t stop writing. God will give you new ideas, these words will inspire your illustrations. You don’t panic, you don’t stop, just keep writing. No one can falsify what you write. Let your pen run like Gyaneshwar and Tukaram, you quit your job now! Dasganu Maharaj replied, “Yes Baba, soon I am going to quit my job!”

Negligence In The job

Once Dasganu started for a pilgrimage without applying for leave. Such negligence is not allowed for a police officer. This he realized later. So he took the water of Godavari in his hands and vowed then and there that if no action is taken on me for this time, I will definitely leave my job as per my previous vow. When Dasganu returned back to work, four thieves were arrested from the nearby forest. So he grabbed the opportunity saying that he got the information about the thieves and he had to rush to follow them. In that rush, he had no time to inform about his absence from the police station. Again he was saved due to the blessings of Sai Baba, but he could not make up his mind to quit the job.

Dasganu had taken a vow to leave this job when he was in Loni village, then again when he was trapped due to his negligence in his duties, he took the vow, but never fulfilled it. Due to his greedy nature, he procrastinated to fulfill the vow and like this many years passed.

Dasgunu, meanwhile, attended the interview for the post of police sub-inspector and he got selected too. Thus he got promoted and with that came the transfer order as per the government rules. He was riding a horse to reach the place of his transfer. Shirdi was on the way. He thought, “If I went to see Sai Baba on the way, He would again ask me to quit. Better to go straight”. Sai Baba is omniscient, even if a human being goes to the abyss and thinks, nothing remains unknown to Sai Baba. As soon as Dasganu Maharaj’s horse arrived in front of Lendibagh, Baba stood there holding the reins of the horse. Dasganu immediately got down from the horse and bowed at Baba’s feet. Catching hold of Dasganu’s wrists, Sai Baba took him to Dwarkamai. He asked, “Ganya! Who made a vow by placing his head on the feet of Lord Rama in Loni village? Who took the water of Godavari and made a vow to quit the job?” Dasganu in a trembling tone said, “Baba! I am going to resign soon. Please allow me to take charge of this post and then I will resign immediately”. Baba said, “Just wait for some more time, you are not believing Me now. When you fall into the stakes, you will understand. Today you are not having any value of My Words, when calamity befalls on your head, you will remember Me”.

Dasganu took charge of his new role. Within a few days, Sadashiv, working under him, took a fine from a man. Instead of depositing the money in the government treasury, Sadashiv himself squandered it. Dasganu was appointed as the chief officer of the department in that work and he was held responsible for the actions of his subordinate. He was suspended from his job, he repented for his deeds and remembered Sai Baba’s words.

Dasganu came running to Shirdi. He rolled himself in the Holy Feet of Sai Baba and started weeping profusely. He started saying, “Baba, You are like a lion in human beings, You make the three worlds bright. Baba! The moon looks dirty in front of Your glory, the sun looks cool. Crying like that, he got drenched in devotion. He requested repeatedly Baba to have mercy on him and composed the following ghazal.

Meaning and translation of the ghazal is as follows

Meaning and translation of the ghazal is as follows

Both these ghazals are sung during Kakad Arti in Shirdi even today. 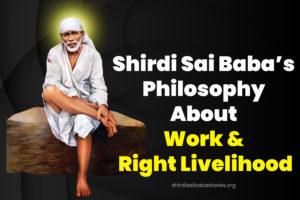 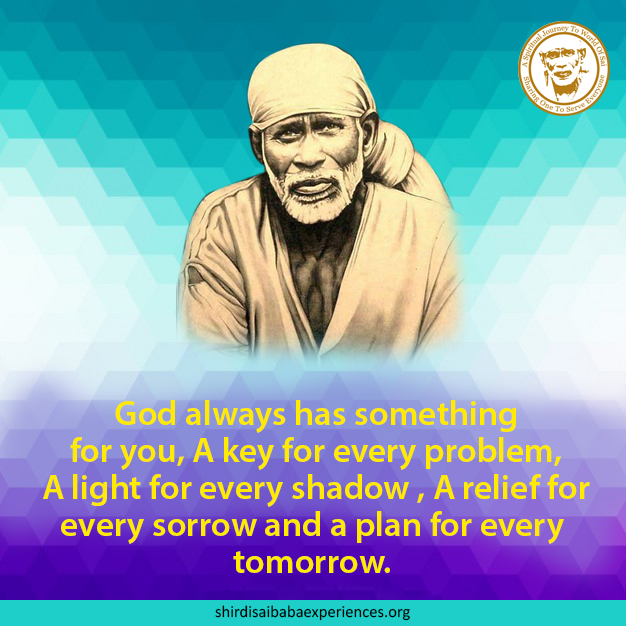 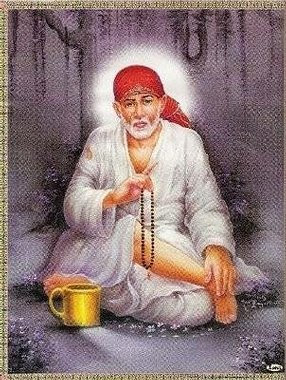 Procedure And Story Of Sai Vrat In English