Today’s post is dedicated to Shri Narasimha Saraswati, the second incarnation of Lord Dattatreya in Kaliyuga. Shri Narasimha Saraswati was born in the year 1378 A.D. in Karanjapur (Maharashtra, India), on Paush Shukla Paksha Dwitiya. Devotees and readers can refer to the below post about the purpose of the second incarnation and leelas at birth time.

The main purpose of Lord Narasimha Saraswati’s incarnation is to restore the order of sannyasa dharma (asceticism); to suppress the pride of those who abuse God and to protect the devotees, just like the eyelids protect the eyes. After completing the mission and uplifting many on a spiritual path, Lord Narasimha Saraswati disappeared in 1459 at the age of eighty-one years and took samadhi in great tapo bhumi Kadali Vanam near Srisaila Mallikarjuna kshetram. This place is located in the interior of a dense forest called Nallamala at the foot of Srishaila hill on the bank of Pathala Ganga in Kurnool District. After doing intense penance for 300 years in Kadali Vanam, Lord appeared again under the name of Swami Samartha (third incarnation of Lord Dattatreya).

Shri Guru Charitra is the biography of Lord Narasimha Saraswati. This biography is in the form of a conversation between Siddha Muni and Shri Namadharaka. There are many leelas (miracles) of Lord Narasimha Saraswati mentioned in Shri Guru Charitra e.g. the Lord made a dead person become alive, in another incident a person with leprosy was cured, an old couple was blessed with children, and many more.

After many years of serving the world, Lord Shri Narasimha Sarawati (Shri Guru) decided to complete the Avatar. He told key disciples: “Our fame has spread everywhere. Even those who are devoid of true devotion will flock to this place, out of selfishness and greed. Hence I shall leave this place (Gandharvapura or Ganagapura) and proceed to Sreesailam”.

When the Master got ready for departure, the natives of the village rushed to him and begged him not to deprive them of his divine presence, but to stay on. The Lord said, “Do not feel sad that way. How can I bear to be away from my devotees? I only seem to leave for Sreesailam only to the grosser vision of the physical, but I will ever abide here in my real state as the Spirit or the real Self. I will seek my noon bhiksha in this village and accept your loving devotional services in this muth. My living presence will be experienced by anyone who bathes in the Sangama, worships the holy peepal tree, and takes darshan of my padukas here”.

Then the natives of Gandharvapura and the disciples accompanied Sree Guru and his four companion disciples up to the limits of the village and accorded them a moving send-off. When they all returned to the mouth, they verily found the Master seated in it! Then they realized that whatever he said was literally true. Some of the disciples stayed back at the village. Renunciate disciples, Krishna Saraswathi, Bala Saraswathi, and Upendra Saraswathi were already away on their wanderings to holy places. Sayaamdeva, the two disciple-poets, and I accompanied the Master to Sreesailam.

When we all reached the Paatala Ganga, as per the Master’s wish, we prepared a beautiful float with the leaves of bananas and flowers. And singing the glories of the Lord, we placed it on the waters of the river. Sree Guru stepped in and sat on it. Only then could we divine his intent (that it was our final parting) and we shed tears. The Lord smiled and consoled us saying, ‘I am always with you. You need not grieve. As a token of that, when I reach my real abode (or state), four flowers will come to you, floating in the river. That will be my ultimate prasad to you’. That was a Friday, in the dark half of the month of Magh, in the year of Bahudhaanya. The Lord, seated on that floral float, drifted along the flowing river. Soon after, as per the Master’s promise, four flowers came to us, drifting on the river, against the current! We four of us picked them up”. So saying, Siddha showed the holy flower which he lovingly treasured as the Guru’s final gift, to Namadharaka and added: “The Master can be seen even today by the virtuous and the devout. Only the unrighteous cannot experience his living presence. Taking his daily dip at the holy Sangama, he ever abides there. In fact, he has been blessing devotees with his divine acts (leelas) on countless occasions. Whoever can fully plumb the profundity of his divine power? The aspirations of those who worship him there with true love will be fulfilled. Indeed, the Lord is ever-present with those who incessantly adore him. The miraculous experiences of such will ever remain hidden in their own hearts. Hence, worship him with the simplicity of your heart’s love and remember, he is the granter of prayers!”

Namadharaka was immersed in the ecstatic joy of having listened to the stories of the Lord’s play and bowed to Siddha in profound gratitude. Sri Narasimha Saraswati took samadhi in 1459 for 300 years and later reappeared as Swami Samarth, also known as Sri Swami of Akkalkot or Akkalkot Maharaj Swami.

Further, we request readers and devotees to consider taking the Parayan of the holy book Sri Guru Charitra to read a few pages daily or one chapter or do a seven-day parayan.

Here are some resources available on youtube and other websites to listen to life history and prayers/aarti of Lord Narasimha Saraswati and also doing darshan of various Shri Kshetras of Lord. 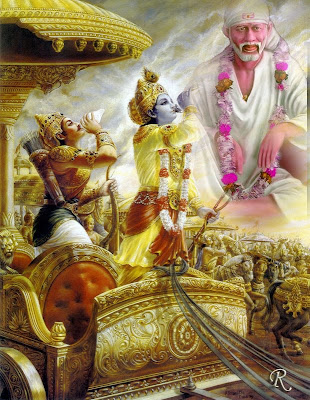