Ramnavami is just round the corner and we as devotees of Sai Baba know how this festival is celebrated with all pomp and show in Shirdi. The tradition was started by Radhakrishna Maai and is being followed to date by the Shri Saibaba Sansthan Trust, Shirdi.

In the book ShirdiChe Sai Baba, the author Dr. Annasaheb Keshav Gawankar has tried to bring the reason why Ramnavami festival was started during the times of Baba and why Baba must have approved it. Well, the celebration is leveled with that of the materialistic world, but we feel Baba wanted to convey a deeper meaning to it. We know No Word Uttered By Baba was just for the sake of communication, He spoke only when needed and gave messages which sometimes were within the scope of human intellect to understand and sometimes it wasn’t. However, the messages were according to the question or doubt of the situation the devotee was presently in. Looking from a spiritual angle it imparted a different insight too. Isn’t it amazing? The best example is Shri Sai Satcharitra, which will give you answers pertaining to the situation a devotee is in at the moment. Even if the devotee has been reading it for years, it makes perfect sense in the current situation.

Celebrating Ramnavami, which falls on the ninth day of Chaitra Navratri and the rising moon, is one of the most important festivals in our country. Baba also approved of the celebration in Shirdi. Three years back there was a post “How to celebrate Ramnavami” in which we shared our thoughts on celebrating the day. In this post, let us check out the strong reason to celebrate the festival as a devotee of Sai Baba.

The name of Shri Ram occurs in Ramayana Itihas (इतिहास/History) which is based on the ultimate message conveyed in Vedas. The Vedas are written by those who are realized beings. Itihas like Ramayana and Mahabharatha are holding to the main goal of every atman which is roaming in the form of a body that has been mentioned in Vedas. The hierarchy is as follows, Vedas → Puranas → Itihaas → Smritis. Sai Baba in His parabolic language always held the goal and showed us what mission He has taken as an Avadhuta. He is Himself a Realized Master, wanted every Jivatman to revert back to its true nature i.e. always in absolute existence.

Shri Ram is an avatar mentioned therein Whose life is an example of a common (unrealized) Jivatman. The life that He lived was balanced. He always stuck to the Absolute Truth. Being a king He fulfilled all the responsibilities. Also as a householder, He took care of His relations and family members. Kingship was His Swa-Dharma. Whatever challenges He faced were handled by Him with a balance of mind. He did not move an inch from that equilibrium That Baba also possessed and it is mentioned in Sai Satcharitra.

So what is expected from us is to be balanced, keep an eye on the goal and go on fulfilling worldly duties. Our thoughts should be clear to make sense to us. At times we get engaged in worldly activities that we find no difference between it and the goal. The analogy of a chameleon being camouflaged in its surrounding environment fits here. We think we have achieved everything in this materialistic world, but have us in reality? Because we do not tend to bend towards the spiritual aspects for which we have taken birth on this earth. Real Truth lies underneath and it is not difficult to understand it. However, you should know what it is and most importantly you want it. Being earnest and curious will help. Satisfaction in the path of spirituality won’t let progress. The quest should go and it will end in an unexpected manner when you are there, achieving the goal.

Ramayana as the name says, is the way of Sri Rama, throughout the journey of his life he played the perfect role as Karma Yogi and thus he set the legendary example to us to stay balanced as Karma Yogi which in recent yesteryears our Sathguru Shirdi Sai Baba portrayed to us by living such a life as Karma Yogi, this meticulously conveys a meaningful reason for every Shirdi Sai Baba devotee to celebrate Ramnavami, the janma divas of The Great Sri Rama. Jai Sri Ram!

A quote from Bhagavad Gita will perfectly complete this post “Ram Navami, the reason to celebrate it meaningfully”.

Sri Bhagavan Krishna said: Both the path of karma sanyas (renunciation of actions) and karma yogah (action with oneness awareness) lead to the supreme goal. But karma yogah is superior to karma sanyas. 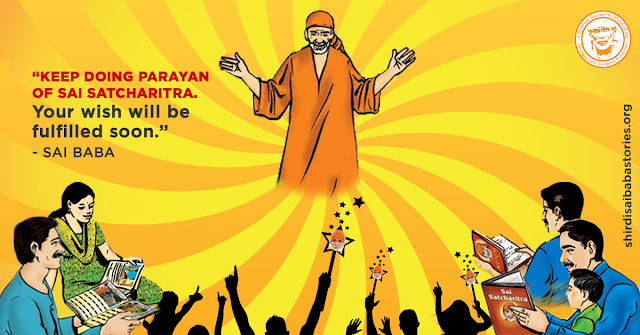 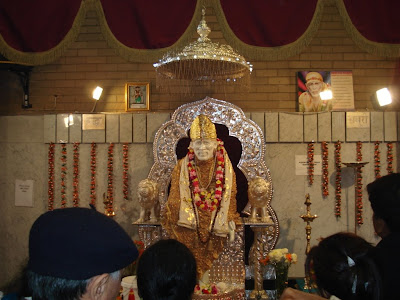 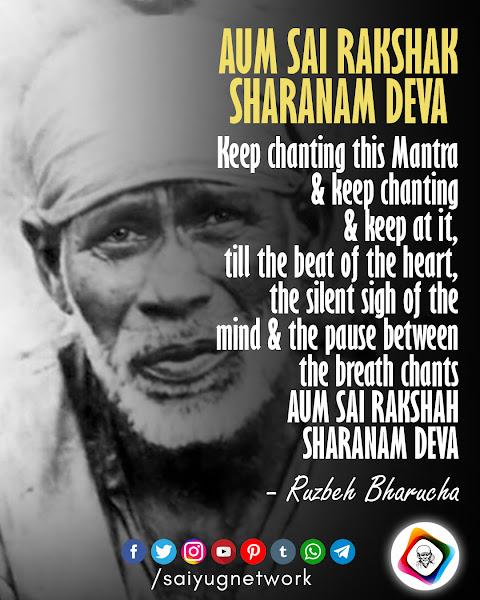