Today’s post is dedicated to Shri Akkalkot Swami Samarth Maharaj on the occasion of Maha Samadhi diwas of Maharaj. Based on the English Calendar, April 30th, 1878 is the MahaSamadhi Diwas of Shri Akkalkot Swami Samarth Maharaj. Based on the Hindu calendar, it is celebrated on the Chaitra Shukla Trayodashi of the Hindu year, four days after the Sri Rama Navami festival.

In the Samadhi state, Lord Narsimha Saraswati remained for about three hundred years. With the passage of time, a huge anthill grew over him and he was lost to the outside world. One day accidentally a woodcutter’s axe fell on the bushes grown around the anthill. He was shocked to find bloodstains on the blade of the axe. He cleared the anthill and Lo, he found a Yogi in meditation. The Yogi slowly opened his eyes and consoled the dumbfounded woodcutter saying that it was the Divine Will for Him to re-appear in the world to resume His mission. This Yogi, in His new role, came to be known as Shri Swami Samarth Maharaj.

According to Shri Swami Samarth Maharaj Himself, He had originally appeared in the Kardali forests near Srisailam, a Hindu holy town in present-day Andhra Pradesh. His parentage and origins remain obscure. According to legend, once when a disciple asked Swami Ji a question about his birth, Swami Ji responded that He had originated from a banyan tree (vata-vriksha in Marathi). On another occasion, Swami had said that His earlier name was Nrusimha Bhan.

Shri Swami Samarth traveled all across the Indian subcontinent. He moved through China, Tibet, and Nepal during his travels across the Himalayas and their adjacent regions. He visited various Indian regions such as Puri, Varanasi (also Kashi), Haridwar, Girnar, Kathiawar, and Rameswaram. He also briefly lived at Mangalvedha, a town near Pandharpur in present-day Solapur district, Maharashtra. He finally settled at Akkalkot, a village in present-day Maharashtra. Shri Swami Samarth probably arrived at Akkalkot on a Wednesday, during either September or October in 1856 after receiving an invitation from Chintopanth Tol and then stayed on the outskirts of the town for about 22 years. He usually lived at the residence of his disciple Cholappa, where his shrine is presently located.

He treated Muslims, Christians, and Parsees all alike. His Kindness was always bestowed on the poor, needy, and the people at the lowest rung of the society. Both Hindu and Muslim festivals like Dussehra and Moharram etc. used to be celebrated by Him. As in Shirdi, Thursday became a special day of celebration at Akkalkot. Like Shirdi Sai Baba, Swami Samarth of Akkalkot was fond of mass feeding.

After serving the poor, curing the sick, and helping the spiritual seekers over a few decades, Swami Samarth Maharaj one day suddenly announced that the time had come for Him to go out of His physical existence.

Nearly a year before Shri Swami Samarth Maharaj’s nirayana, He threw numerous hints to his devotees regarding the coming event. Firstly, He stopped sleeping on the soft bed. He got it rolled up and secured on a tree. Sometimes, when his devotees were waving lighted camphor in front of him in arati, He used to hold it up in the middle of it and throw the burning camphor on the ground.

One day the Swami Samarth Maharaj Ji got five hundred dung cakes through Bavdekar and got them carefully piled up over Sivalingam and set fire to them. When they were burning, the Swami got five seers each of date, rice, fruits, and flower garlands thrown in the fire. This took place in the mutt of a zangam sadhus. The sadhus were unhappy to see the Swami spoiling the Sivalingam that was established in the mutt. But they couldn’t dare to say anything to Swami ji. The sacred fire was very intense. The intense heat scorched the stone walls. However, on the next day as per the instructions of Sri Swamiji when the Shivalinga was cleansed, it had become exceedingly bright and luminous than it was before. It is as though Sri Swamiji had given an indication to the devotees and disciples that even fire cannot destroy the form of the individual soul. Through this Leela (miracle) the Swami signified to all that the destruction of his physical frame would not in any way affect his existence and power even as the Siva lingam remained unaffected by the fire.

Eight days prior to his nirayana the Master asked his devotees to chant the divine name, Siva Hara Sankara, Namami Sankara, Shiva Sankara Sambho, Hey Girijapathi Bhavanisankara Sivasankara Sambho, and he also joined them in the singing.

Soon after, Maharaj’s health started deteriorating and Maharaj stopped eating meals. One of Mahabhakta Sundarabai Maa asked Him, “Swami, when are you going to be hale and healthy again?” The Master smiled and said, “When the mountains would speak!” He meant that he would reappear whenever great yogis who are established in yoga ‘firm as mountains’, pray to Him to manifest Himself for the uplift of mankind. When another devotee, Sreepad Bhatt asked the same question to Him, the Swami replied, “When Pandharpur would burn.” It would mean that He would reappear when dharma and spiritual knowledge are in danger of being annihilated.

The devotees realized that the Swami’s end was near. One after another they bowed to Him and sought His final message. The Swami said to Sreepad Bhatt, “Go and dig at the roots of the banyan.” “Digging at the roots’ ‘ meant the performance of tapas. He told Ganpath Rao, “Stay in that same temple”. To Balappa He said, “Go and live under the Audumbar (fig) tree!” which meant that he should attend to his spiritual mission. To the rest of the devotees, He said, “Tread the path of your ancestors’. Then the Master Himself recited the famous verse (sloka number 22) from the ninth chapter of The Bhagavad Gita which runs thus :

But those who worship Me with devotion, meditating on My transcendental form-to them I carry what they lack and preserve what they have.

By Hindu calendar It was Chaitra Suddha trayodasi, Shaka 1800 i.e. the year 1878 AD Tuesday at 4 PM. At this time Shri Swami Samartha Maharaj seated Himself in Padmasana (Lotus Posture) and uttered His last words – “No one should weep. I shall always be present at all places and I shall respond to every call of the devotees”.  With this, another glorious Avatar of Lord Dattatreya completed the mission and merged his spirit in the Infinite. The closed eyes remained still. Three white specks came out of his mouth. His face was full of life. In fact, all the devotees were hoping that their beloved Master would open his eyes to cast his look of grace at them. Some of the devotees strengthened their hearts with the parting instruction of the Swami; they took the event with equanimity. But many of them broke down wailing, beating their breasts and rolling on the ground and, some of them even fell unconscious.

The Rajah of Akkalkot took the body of the Swami around the town in a royal procession. The procession stopped for a moment just in front of Cholappa’s house. The body was enshrined under the banyan tree which was dear to him.

Saints do not die. They attain immortality and can reappear in flesh and blood.

Devotees can refer to Chapter 9  “In Time and In Eternity” in Holy Book – “The Supreme Master” Holy Book to read more about leelas during Maha Samadhi.

Shri Swami Samarth Maharaj and Shri Sai Nath Maharaj, both are incarnations of Lord Dattatreya and one with each other.  Both used similar methods to uplift the devotees and advance them on spiritual paths.

In Chapter 26 of Shri Sai Satcharitra, there is a story about Mr. Ambedkar and how his life was saved by reading the biography of Shri Akkalkot Swami Samarth. Also, there is a story of Shri Harishchandra Pitale, how he and his family were blessed by Shri Sai Baba and were given three rupees for pooja. Later the mother of Shri Pitale told that his father also took Shri Harishchandra Pitale to Akkalkot and was blessed in a similar way.

In Chapter 5 of Shri Sai Satcharitra, there is the Story of Padukas (foot-prints) under the Neem Tree. A devotee of Akkalkot Maharaj by the name Bhai Krishnaji Alibagkar worshipped the photo of Akkalkot Maharaj. He once thought of going to Akkalkot (Solapur District), taking the darshan of the Padukas (footprints) of the Maharaj and offering his sincere worship there; but before he could go there, he got a vision in his dream. Akkalkot Maharaj appeared in the vision and said to him – “Now Shirdi is my resting place, go there and offer your Worship”. So Bhai changed his plan and came to Shirdi, worshipped Baba, stayed there for six months, and was happy. He wanted to go to Akkalkot after taking the darshan of Baba. He asked Baba’s permission for this. Baba said – “Oh, what is there in Akkalkot? Why do you go there? The incumbent Maharaj of that place is here, Myself.” Hearing this Bhai did not go to Akkalkot. He came to Shirdi off and on, after the installation of the Padukas.

Just before Shri Akkalkot Maharaj had left his gross body, one devotee named Keshav Nayak who was emotionally charged, asked “Maharaj, since you are going, who will give us protection?”. Shri Swami Samarth Maharaj gave him a pair of his sandals to worship. He told him “In the future, I will be staying at Shirdi in district Ahmednagar”.

Swami Samarth and Shri Shirdi Sai Baba are one and they are the manifestations of the same Divine Spirit in two gross bodies.

One can offer any form of prayer with devotion:  (links are available in the resources section below)

Shri Swami Samarth – Maharaj of Akkalkot by N.S. Karandikar  (Detailed Biography in English) – one may need to find it in bookstores (by Sterling Publications)

We pray to Lord Shri Sai Baba and Shri Akkalkot Swami Samarth Maharaj to bless the whole universe with good health and reduce the current suffering. 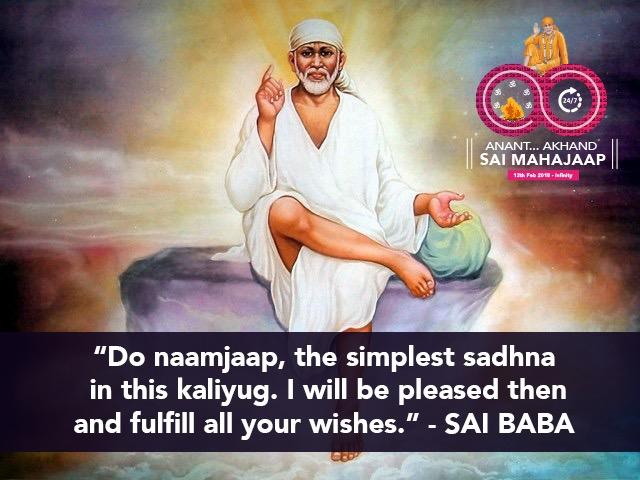 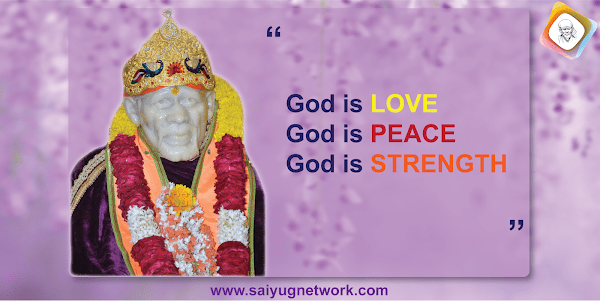