Have ever this thought occurred to you “Who is Sai Baba?” A simple yet complicated question, isn’t it? We the team of Sai Yug Network, on its fourteenth anniversary, want to share with you all that we have started to find an answer to this question and will be revealing it.

Before we proceed to the future plans, we wish to talk about our past first. It was in the year 2008 that on this day, a few blogs about Sai Baba came into existence. The purpose was very clear, it was to share whatever I was reading in various languages that I know about Baba, and put it into the English language on the blog for many who don’t have quick access to books to be benefitted. I already had a lot of information but more literature, books, bhajans, experiences, and write-ups started pouring in. I did not feel burdened but I was enthusiastic to share whatever came to me. Though I felt I was lagging behind my schedule all the time, I tried to stretch to meet up the deadlines that I set for myself, the sharings were always marked as pending and they still are. Whatever we accomplish, there is new content waiting to be shared and thus it goes into the to-do list that goes as pending. So never ever has this work of serving through our blogs stopped.

Sai Yug Network.com took birth in 2018, the centenary year of Sai Baba’s MahaSamadhi and exactly 10 years after the blogs were started. The only motive for us (yes, we were a team then) was to involve and include anything that relates to Sai Baba. So we consider the real birth of our blogs was on April 11, 2008.

Now coming to the topic of this post. When we try to think about Who is Sai Baba, sometimes we feel He is Parmatma and sometimes we see Him as ParaBrahm. In our last post on Ramnavami, we had mentioned that whatever Baba said carried weightage of one point knowledge of the Absolute. Devotees then and now try to find out details of His Birth, Childhood, and the timelines of His life before He appeared in Shirdi. There will be no such need when we face the answer to the above question.

Recently through Sai Sevak Rohit and Sai Brother Suresh, we were introduced to Sripad Sri Vallabha Charitramrutam. Going through it, we got many facts that relate to the life and teachings of Sai Baba. There are claims that Baba is Lord Dattatreya Avatar Who is none other than the Parabrahm. The lineage of Lord Dattatreya Avataar is Sripada Srivallabha and the second avatar is Lord Narasimha Saraswati. Also with the grace of Baba and His guidance we were able to trace a fact that Baba may have belonged to Nath Sampradaya the pioneer of it being Goraknath (Goraknath Maharaj was initiated by Sri Dattatreya). That can be a reason why Baba is also referred to as Sainath. However, we also presume it’s the outcome of true feeling coming out of a devotee’s true heart. But if we consider so, why Baba is usually not called with names that refer to His nature, unlike Shri. Krishna Who bears many situational names as per His actions.

Baba is guiding us to read and dig out facts beyond the books about Him. In this process, we are coming across sources of information without any effort from our side. We go on jotting down these facts and our understanding based on these facts keeping our Baba in the center. We consider it an effort to know Sai Baba. We are eyeing the information pouring in like the roots of the Banyan tree. They are upside down. Apparently, it looks like they are getting nutrients from the branches. It is not so. The roots holding the whole giant tree under the soil are feeding them. In the same way, though it looks like we are in the process of checking the energy level from the bottom hierarchy and moving upwards, we know the roots are deep.

On our fourteenth anniversary, we would like to announce to our readers that we coming with a book “Who is Sai Baba – The Gurus of Bharatha” in the next few years. This book will connect the many dots, to say it precisely, it will connect the spiritual dots that seem to be totally distinct from each other. For example, Our initial research shows Sri Dattatreya and the first Tirthankara of Jains Bhagavan Adinath are one, and Sri Dattatreya incarnated as Sri Ayyappan in Sabarimala Who is also called Dharma Sastha in the Southern part of India. Connecting the dots will reveal the famous gurus of Bharatha are connected and most of them are of the same incarnation.

We have started our research and it looks like we need to climb a mountain. We will slowly progress with time and energy along with the blessings of Our Sathguru Shirdi Sai Baba and also support from you all. We can understand and relate to your eagerness. Kindly allow us to take ample but reasonable time to work on it and provide you with an insight that will definitely change your lookout towards Baba and His mission. We sincerely believe your existence in this world and your life journey will be guided with utmost clarity.

Along with this, we would also like to share that we have added three more feathers to our cap. We have been working on the following blogs for the last four months and we are happy to share the information about them on this special day.

A Comprehensive library of rare and unique books about Sai Baba to read online.

Listed in this blog are Sai Baba Temples all around the world. Find Sai Mandir in your city!

We also love reading your comments as much as we love writing for you all. Looking forward to your valuable comments. Please consider sharing the information with your family and friends. 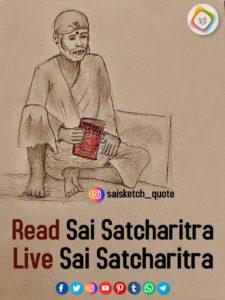