An attempt to decode Gayatri Mantra was made a few months back on the birth anniversary of Gayatri Mata. Today there is another attempt to decode the Sai Gayatri Mantra, “Om Shirdi Vasaya Vidmahe Sachchidanandaaya Dhimahi Tanno Sai Prachodayat”. It has been observed that many devotees are chanting the mantra and feeling the bliss. Also, there is a collection of Sai Baba Mantras with their lyrics, meaning, and translations on this blog already. So we consider this post as a continuation of the series. You can find the links to all the previous posts at the end of this post for your ready reference. We request you bookmark them.

Let’s now try to understand the literal and philosophical meaning of the Sai Gayatri mantra. Every mantra, short or long, pertaining to any deity takes us to the ultimate preaching of self-realization and that is the goal that every soul is seeking in its journey in different bodies. Chanting mantra gives nutrition to the souls to take the journey forward and make it fruitful. The soul craves to reach the ultimate destination but the Karmas decide the time to reach the destination.

Though the only mantra that Sai Baba has given us is Shraddha and Saburi, many mantras are in circulation among the devotees of Sai Baba and are getting popular. We believe chanting any mantra of Baba will bring us closer to Him. But before whatever mantra we choose to chant, we must understand its pronunciation and meaning when translated literally.

The Mool Gayatri Mantra has to be chanted with proper Chhand (Pronunciation) and if we aren’t sure about the pronunciation, we should not chant it loudly. Better we chant the mantra through our mind voice to avoid it backfiring us. A Puranic story will make this fact clear.

Tvaṣṭā performed ceremonies to kill Indra after his son Viśvarūpa was killed. He chanted “O enemy of Indra, flourish to kill your enemy without delay” as an offering to Homam. There occurred a variation in the chanting of the mantra that concluded as a defect. The defect was instead of chanting it short, he chanted long and so the meaning of the mantra got changed. He intended to chant Indra-śatro meaning “the enemy of Indra” but due to the defect it became “Indra, who is an enemy”. there emerged the body of Vṛtrāsura, of whom Indra was the enemy. So now it is clear that the chhand or the pronunciation of the mantra is equally important while chanting any mantra.

Coming back to the main topic of the post, here is the literal translation of the mantra word by word

Om Shirdi Vasaya – Om (The Primordial sound), the one who lives in Shirdi

Sai – Our Sai Baba (Marathi meaning – a boy, a divine one)

Our Sai Baba though He said to be in Shirdi, we very well know His “Brahma Swaroop”, which is His Omniscient Consciousness around us and within us, upon It, we fix our mind (Dhyan) and so we get His blessings towards the ultimate boon, the liberation otherwise called Moksha, we lovingly call this “to become one with our Sai”! 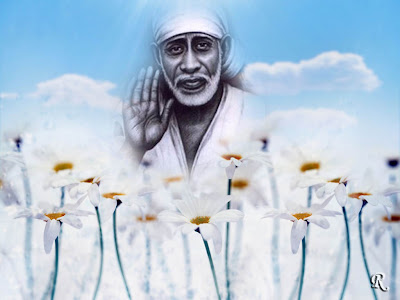 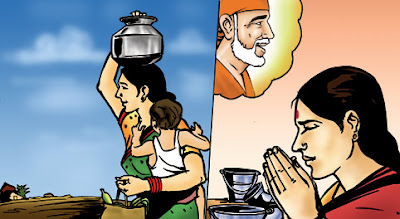 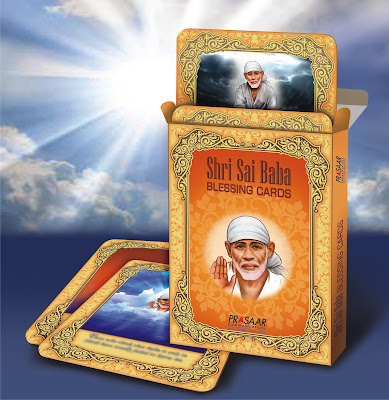