Tarkhad family had a unique bonding with Sai Baba. They used to spend holidays mostly in Shirdi which ranged from one month to six months. They had first hand experiences of Sai Baba. This post is one of them.

One day, Mrs. Tarabai Tarkhad was sitting in Dwarkamai and there was

no crowd of other devotees. Tarabai sat massaging Sai Babas Holy Feet. Suddenly Tarabai had a glance of an old man in the lane of Shirdi gradually coming towards Dwarkamai. When Tarabai saw him attentively she came to know that he was suffering from leprosy, all his body was full of bad smelling pus and houseflies sat all over the body. Tarabai wished that he should turn on the other way and wont come to Dwarkamai. In those days leprosy was not considered only a disease. It was considered as sin.

Everyone is welcomed in Sai Babas Darbar whether he is a diseased person or a healthy one, whether he is poor or rich, knowledgeable or ignorant, whether cunning or kind. How could then our Beloved Sai stop that person entering His Dwarkamai? As the person wanted to take darshan of Sai Baba he climbed the steps of Dwarkamai. Gradually he climbed the steps, gradually sat near Sai Baba chit chatting for a while. He touched the Feet of Sai Baba and landed off the steps.

Tarabai mentally thanked Sai Baba and felt relieved that the person was leaving. As soon as these thoughts passed in her mind, than Sai Baba came to know. He called that person to Him, made him sit besides Himself and engaged him in some talks. Suddenly Sai Baba inquired him about a packet tied to his waist which was packed in a torn cloth. Sai Baba asked him what was there in that packet. He could not speak clearly and so he started hiding the packet behind him. But Sai Baba snatched it from the person and started opening it curiously.

On opening the packet, two pedhas (sweet mainly made from milk and sugar) which the person bought for offering to Sai Baba were seen. Out of the two pedhas Sai Baba kept one for Him and gave the other one to Tarabai. Tarabai quickly wrapped the pedha in her handkerchief. Although Tarabai was sitting in Dwarkamai, in the palace of Sai Baba, she was gathered with doubts of good and bad. She got Prasad from the Holy Hand of Sai Baba and even then she did not want to eat it, instead she took the Prasad in her hand and sat quietly. Sai Baba said, O Mother, I have given you the Prasad not for merely keeping it in your hands.

Thus Tarabai had to partake the pedha consecrated by His touch though she reluctantly consumed it. In this way by offering the Prasad of pedha Sai Baba took away all the difficulties of Tarabai. 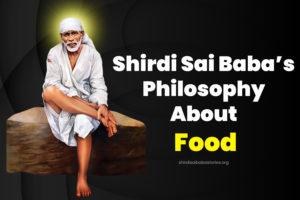 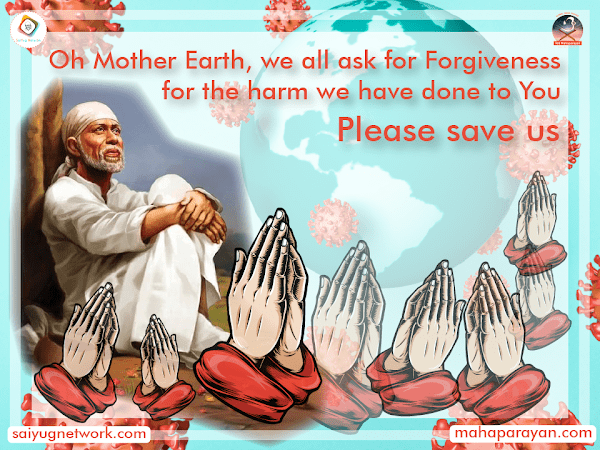 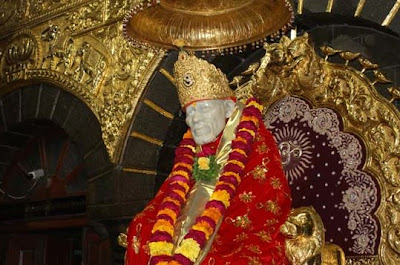