It’s the compassion and blessings of our Sadguru Sai Baba that we are learning about Avatars of God Dattatreya in this Kaliyuga and Perfect Masters. In earlier posts, we got the opportunities to celebrate Jayantis and Mahasamadhi Diwas of Avatars and Perfect Masters on this holy blog. Devotees can refer to those posts in the Appendix section at the end.

Like Samarth Sadguru Sai Baba, Samarth Sadguru Shree Gajanan Maharaj’s birth is unknown. He first appeared at Shegaon, a village in Buldhana district, Maharashtra as a young man in his twenties probably on 23 February 1878 (Magha Krishna/vadya saptami per Hindu Calendar) like how Baba appeared in Shirdi. The date of His first appearance is celebrated as Prakat Din Sohla (Pragat Din Utsav).

In Magh on the 7th of the waning moon.

He had worn just a shirt,

Had a dry gourd as his pitcher,

A clay pipe for his smoke

And nothing else all together

He had an aura around him,

Eyes focused on his nose.

He had the radiance of morning glow.

“With the powers of My Ganesha incarnation, which took place on a Srī Ganesh Chaturdhi, another great person with the name of Gajanana would be born after some centuries nearer to His birthplace. It may be possible to change the courses of the Sun and the Moon, but it

would not be possible for anyone to alter the promises of Srīpāda “ (page 122, Chapter 7)

Nobody can know the designs of great saints like Shri Gajanan Maharaj who was a gem amongst the saints. Historically, nothing is known about His caste, creed, or place of origin, like Brahma whose origin nobody knows. Like a brilliant diamond, we should only appreciate its brilliance and not bother about the mine of its origin.

Shri Gajanan Maharaj appeared at Shegaon on 7th Vadya Magh of 1800 Saka. Some say that he came from Sajjangad, the place of Shri Ramdas Swami. Though there is not sufficient proof to accept this fact, it may have some sense in it.

There was widespread corruption and misery and it is possible that Shri Ramdas Swami, for the good of the people, took rebirth as Gajanan Maharaj. Yogis can enter anybody and many saints have done so in the past. Gorakh (Gorakhnath, one of Navnath) was born in a dustbin, Kanifa in the ear of an elephant and Changdeo in the “Narayan Doha”: all, unlike the traditional human birth. The same may be the case of Shri Gajanan Maharaj – the king of Yogis. It will be seen from His actions that Shri Gajanan Maharaj had detailed knowledge of all yogic feats. Yoga has got unique importance incomparable with anything else.

Shri Gajanan appeared in Shegaon on 7th Vadya Magh for the spiritual liberation of the sinners. It so happened that there was one pious Brahmin named Devidas Paturkar at Shegaon and, to celebrate the puberty function of his son, he had arranged a lunch for his friends. The leftover food from the plates was thrown outside the house and Shri Gajanan Maharaj was seen sitting near that food. He had a worn-out old shirt on His body, a dry gourd for drinking water, a pipe of clay for smoking, and nothing else. His body was lustrous like the rising sun and his eyes concentrated at the tip of his nose indicative of His yogic strength. Sitting by the roadside He was picking up particles of food thrown there. His action of picking up the food particles from the leaf plates lying on the road was to convey to the common man that food is Brahma. “Shruti” and “Upanishad,” say the same thing. Bankatlal Agrawal and Damodar Pant, who were passing by, were surprised to see His behavior. They thought that had this man been really hungry, He would have begged for food and Shri Paturkar, being a pious man, would have given the food to Him. Thinking thus, Bankatlal said to his friend, “Let us watch His actions. Vyas has said in Bhagawat that real saints, many times, behave like madmen, and this can be a case like that.”

Thousands of people must have passed that way but only these two persons were attracted to observe Maharaj. Only wise men and experts can detect a diamond lying in the heap of pebbles. Bankatlal asked Him as to why He was eating the food lying on the road and volunteered to serve good food. In reply, Shri Gajanan simply looked at them. They were delighted to see His broad chest, muscular shoulders, eyes concentrated at the tip of the nose, and a joyful face. They respectfully bowed to Him and asked Devidaspant to immediately bring a dish full of food. Shri Devidas brought the food and put it before Shri Gajanan Maharaj. He had no likes and dislikes, mixed all the food & sweets together, and satisfied His hunger. It was like an emperor being presented with a small village. So was this food presented to Shri Gajanan who had already satisfied Himself by consuming “Brahma Rasa”. Bankatlal regretted having called Him a mad man. It was a very hot noontime and even the birds did not dare come out of their nests. Under such unfavorable conditions, Shri Gajanan was sitting fearlessly and was full of joy as if He was Brahma Himself. So Shri Gajanan Maharaj had taken food but then Damodarpant observed that there was no water in His Tumba. Bankatlal said, “Maharaj if You permit me, I will go and bring water for You”. Shri Gajanan Maharaj smiled and said, “If you wish, go and bring water. Brahma is everywhere and he won’t differentiate between you and me, but we have to follow worldly traditions. So when food is taken the body needs water too”.

Bankatlal felt happy over this reply and rushed to bring the water for Shri Gajanan Maharaj. In the meantime, Shri Gajanan Maharaj went to the roadside tank where water was stored for the cattle and satisfied His thirst with that water. Bankatlal returned with a jar of cold water and requested Shri Gajanan Maharaj not to drink the dirty water from that tank. Shri Gajanan said, “Everything in the universe is pervaded by Brahma without any differentiation of clean or dirty, good or bad. Brahma is in clean water as well as in dirty water and the one who drinks it is also occupied by Brahma Himself. You should try to understand the omnipotent nature of God and also know the origin of this world. Instead of this, you are involving yourself in worldly attachments.”

May this Gajanan Vijay Granth bring happiness to all.

To celebrate this auspicious day, some activities suggested

Further, we request readers and devotees to consider taking the Parayan of the holy book Shri Gajanan Vijay Granth to read a few pages daily or one chapter or do seven-day parayan (3 chapters every day, total of 21 chapters in 7 days).

Here are some resources available on youtube and other websites

Quick links to earlier posts on Avatars of Lord Dattatreya 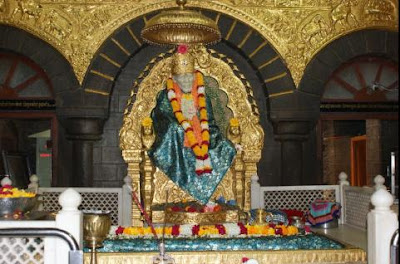 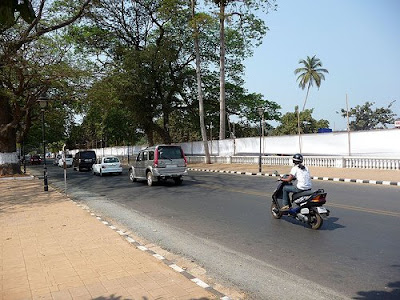